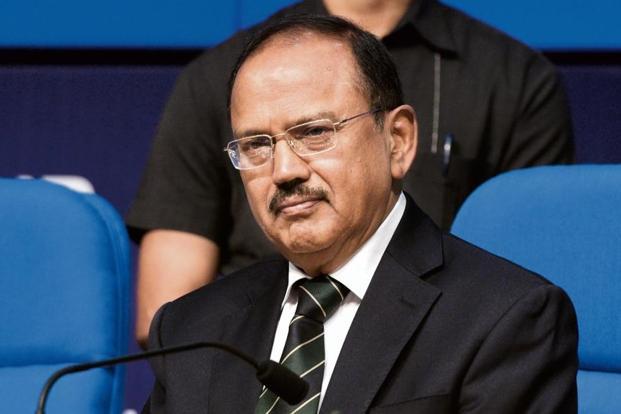 New Delhi: The National Security Advisors’ level meeting between India and Russia on security issues, including the Afghanistan crisis began here on Wednesday.

The Indian National Security Advisor (NSA) Ajit Doval will be discussing these security related issues with his Russian counterpart Nikolai Patrushev following the situation that arises after the Taliban took over the control of Afghanistan.

Secretary of the Security Council of the Russian Federation, General Nikolay Patrushev arrived here on Tuesday on a two-day visit for a “High Level India-Russia Intergovernmental Consultations” on the invitation of India’s National Security Adviser.

India and Russia face common challenges from Afghanistan, like the rise of terrorist groups, increased drug trafficking, organised crime and the flow of refugees. And, also the fact that a very large amount of very advanced US Military equipment is now in the hands of a large number of known terrorist organisations who are now parts of the Afghan militia, therefore, both countries wanted to discuss threadbare discussion on these security related issues.

This consultation was a follow-up to the telephone conversation between Prime Minister Narendra Modi and President of the Russian Federation Vladimir Putin on August 24 when the two leaders expressed their views that the two strategic partners work together, and directed their senior officials to remain in touch on Afghanistan.

After the Modi-Putin conversation, Russia said that the two leaders expressed the intention to enhance cooperation to counter the spread of ‘terrorist ideology’ and drug threat emerging from Afghanistan.

Both leaders also agreed to set up a permanent bilateral channel for consultations on the issue.

On September 6, the Russian envoy Nikolay Kudashev also reiterated that there was an ample scope for cooperation between India and Russia on Afghanistan and both sides have been in regular touch with each other on the latest developments in the war-torn country.

He also said that Russia was equally concerned as India that the Afghan soil should not be a source of spreading terrorism to other countries and there was an apprehension that the terror threat may reach to the Russian territory as well as in India’s Kashmir.

Russia was a key player in pushing for the Afghan peace process before the Taliban captured power in Kabul on August 15 this year.