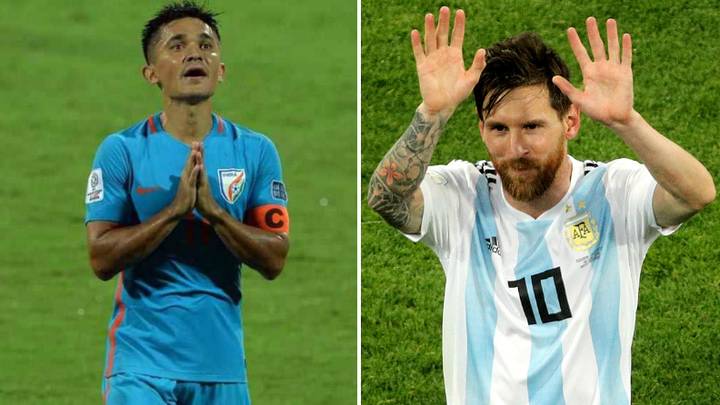 Doha/Bhubaneswar: Indian skipper Sunil Chhetri on Monday scored a brace to hand India a 2-0 win over Bangladesh and revive his team’s prospects of advancing from Group E of the FIFA World Cup 2022 and AFC Asian Cup 2023 qualifiers.

Chhetri is now only behind Portugal captain Cristiano Ronaldo who has 103 goals to his name. The Bengaluru FC captain also moved up in the all time top scorers list to 11th, behind Japan’s Kunishige Kamamoto, Kuwait’s Bashar Abdullah, and Hungary’s Sandor Kocsis, who all have 75 goals.

Chhetri scored in the 79th and 90th minutes against Bangladesh to give India their first win in Group E and three points. The win gave a boost to India’s hopes of sealing a place in the third round.

India are only fighting to qualify for the Asian Cup, as they are out of contention for the 2022 World Cup.

Over 10 lakh doses of Covid vaccine administered in Odisha…