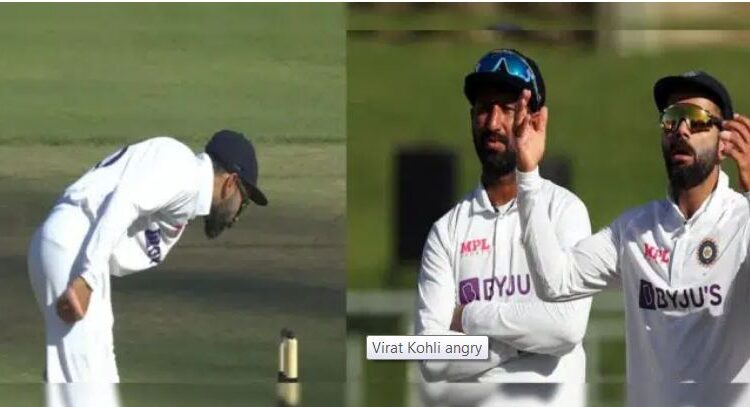 India is the only country where politicians try to rule till death and cricketers don’t retire till removed or dropped from the team. Many of them play for money rather than for the nation. Such obsession has dampened and annihilated India’s dreams of achieving a historic first-ever Test series win in South Africa. India’s dream went up in smoke as the visitors chased down the 212-run target to win the decider on 14 January and clinched the three-match series 2-1.

India faltered at the final frontier again, the Dean Elgar-led South African side triumphed over a superior on-paper Indian side led by Virat Kohli. While India had started off well by winning in Centurion, Proteas hit back in Johannesburg and completed their revival in Cape Town, to pocket series. The Indian cricket team has to wait for another three to four years to win their first-ever Test series in South Africa. The spirit and hope of cricket lovers in India have been shattered.

Meanwhile, the cricket fraternity was all praises for the home team and lauded them for coming back from losing the first Test and winning the series. What is disheartening for Indians is that after winning the first Test, India lost the series. Cricket experts attribute various reasons for India’s debacle. But the performance of senior players is mainly responsible for the series defeat. The Indian team will rue the failure of their middle order, who did well in patches. Virat Kohli, Cheteshwar Pujara, and Ajinkya Rahane all scored only one fifty each in the series but then failed to carry on for a huge score.

Despite poor form, the selection of Cheteshwar Pujara, Ajinkya Rahane cost the Indian team heavily. Rahane’s form was worst and he should not have been allowed to play at all. The reason is that age has affected their reflex actions so they are getting out too early. How Shreyas Iyer was not given another chance after scoring century? How Hanuma Vihari was dropped despite better technique and performing well? In the second test, Pant got out for playing a reckless shot that cost the team heavily. In the third Test, he played marvellously but did not get support from tailenders who played as if playing 20-20 matches.

In the past, India was winning some matches overseas due to batting prowess, which featured Virender Sehwag, Rahul Dravid, Sachin Tendulkar, Sourav Ganguly and VVS Laxman. The five batsmen dominated bowling attacks all around the world. But now our fast bowlers have elevated India to be able to win in all conditions. Former legendary Australia spinner Shane Warne feels the same.

Knowing that India always prefers to bat first, the pitch has been deliberately prepared in such a way that it will be eased in 4th innings in the last two Tests. Had the pitch behaved, in the same manner, all times, India might have won. However, Indian bowlers struggled in the 4th innings when the pitch was not much helpful. Indians also dropped some valuable catches.

The absence of a left-arm bowler was felt. The vulnerability of Indians against left-arm seamers was exposed and mainly responsible for India failing to score more runs. Marco Jansen, troubled Indian batsmen more than others.

During the post-match press conference, when skipper Virat Kohli was asked about Pujara and Rahane’s future in the team, he said that the selectors will take a call on the senior batsmen. But selectors select the entire team not playing eleven. It is the captain who decides to play eleven. What prompted Kohli to select Pujara and Rahane especially Rahane who are failing abysmally since England tour.

Even Virat Kohli’s form is a matter of concern and not up to the mark. He is performing like an ordinary batsman. He is equally affected by poor reflex action and losing concentration in crucial times. He played very slowly in the last Test.

The statement of Kohli supporting Pujara and Rahane in future because of their talent and contribution is unwarranted and unjustified. If past contribution is the criterion, then India should call back old players. With the passage of time, players lose form and they should voluntarily give way for youngsters, exactly as Rahul Dravid did after failure in Australia. Indians play for money and record rather than for the nation. Kohli must bear moral responsibility for India’s defeat.

Even if India had lost series with new players, still there would have been a long-term benefit as we could have known about their potentialities to play in international level as we knew Rishabh Pant. In past, it was the South African tour that unravelled the talent of Rahul Dravid, Virender Sehwag while the Australian tour unravelled the talent of VVS Laxman and the England tour had unravelled potentialities of Sachin Tendulkar and Sourav Ganguly.

Indian lower-order batsmen got out for playing reckless shots as those pitches were not helpful for such strokes. They don’t have the techniques to play the waiting game. They did not help Rishabh Pant to score more runs.

South African bowers extracted awkward bounce in pitch due to height that got wickets, but Indian bowlers failed to generate such wicket-taking bounce. When the wicket is not falling, it is better not to give more runs. But our bowlers gave too many runs and eased pressure on batsmen. When the wicket did not fall, the captain lost his temper and the team lost hope.

For example, the third and final Test match between South Africa and India in Cape Town was rocked by the DRS controversy, with the visitors insinuating that everything was not fair while an LBW decision was overturned after review. South African skipper Dean Elgar rightly said the DRS controversy offered them a “window” to have a go at the target with the Virat Kohli-led Indian team getting distracted by their on-field chatter during the series-deciding third Test.

The left-handed opener’s LBW decision by umpire Marais Erasmus was overturned after HawkEye showed the ball trajectory going over the stumps led to tempers fraying in the Indian camp with skipper Kohli along with his deputy KL Rahul and senior off spinner Ravichandran Ashwin mocking the South African broadcasters ‘SuperSport” on the stump microphone.

Legendary Indian cricketer Sunil Gavaskar was not happy with India’s tactics, loss of hope after Lunch on Day 4 of the third Test against South Africa at the Newlands in Cape Town. South Africa had gone into lunch needing only 41 runs to win with seven wickets still in the bank. In the second session, the hosts took just 8.3 overs to score the remaining runs. India’s tactics of not using Jasprit Bumrah, Mohammed Shami or Shardul Thakur surprised Gavaskar.

Selectors are also responsible for destroying team morality by creating captain controversy unnecessarily by selecting two captains- one for the test and one for the test. Even the arrogance of Kohli and Rohit Sharma is condemnable for not adjusting to the situation. India should replace Ajinkya Rahane, Cheteshwar Pujara, Umesh Yadav and Ishant Sharma with new players. Even Kohli should quit the test if fail to perform well.

A left-arm fast bowler must be included in the team. Apart from Pant, other left-arm batsmen can be more helpful. For South Africa, the batting of Dean Elgar, Keegan Petersen, Temba Bavuma is praiseworthy especially Keegan Petersen not only impressed but helped the team to win the series. They are new find of this series. While India has no new find except reassertion of talent of Pant.

Ashwini failed as both bowler and batsman. When good spinners struggle to get wickets, India should try Washington Sunder in foreign pitches who averages more than 60. He had helped to win a series in Australia.

A blend of experienced and young players can win. With the passage of time, the senior players should give way to youngsters as seen in other countries. Never play for record or money but for the nation.

Takeaways from RBI’s MPC meeting can be more than repo…

Cyclone ‘Mandous’ likely to form over Bay of…