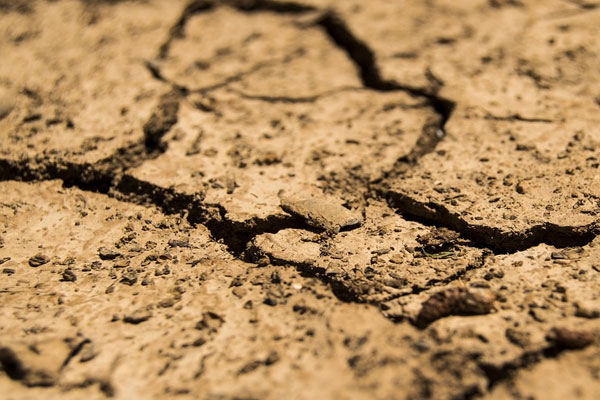 New Delhi: With the latest IPCC report warning about increase in monsoon precipitation extremities, scientists have pointed at increasing instances of drought across India and South Asia.

The drought phenomenon has been linked with rising temperatures towards the second half of the 21st century leading to increased variations in monsoon precipitation, scientists said, based on the IPCC’s (Intergovernmental Panel on Climate Change) Sixth Assessment Report of the Working Group I (AR6WGI) titled “Climate Change 2021: The Physical Science” released on Monday.

For the first time, it has a dedicated chapter on water cycles. The chapter deals in great detail on monsoon, not just as witnessed in India and South, South-East Asia but across five other monsoonal regions around the globe: North American Monsoon, West African Monsoon, East Asian Monsoon, South American Monsoon and Australian & Maritime Continent Monsoon.

“With the increasing variability in precipitation, there would be spells of heavy rainfall followed by dry spells. Temperatures will be warmer, and this will lead to an increased evapo-transmission demand,” said Executive Director at the Centre for Climate Change Research (CCCR) of Indian Institute of Tropical Meteorology (IITM), Pune, Raghavan Krishnan. He is one of the Coordinating Lead Authors of the chapter on ‘Water Cycle Changes’ in the AR6WGI report.

“So, even when there would be lot of precipitation and increased soil moisture, the increase in temperature will lead to increased evapo-transmission and lead to very large soil moisture fluctuations,” Krishnan told the media during a virtual interaction.

The IITM Earth System Model (IITM-ESM) climate projections (CMIP6) were included in the IPCC AR6WG1 report, a first from India.

The AR6WGI report has mentioned of an overall weakening of the South Asian Monsoon in the second half of the 20th century. “Results from climate models indicate that anthropogenic aerosol forcing has dominated the recent decrease in summer monsoon precipitation, as opposed to the expected intensification due to Green House Gases (GHG),” the scientist said.

Evapo-transmission also increases on land surfaces such as urban heat islands (for examples, the big cities that have much more concretisation compared to rural areas), which in turn, leads to local convection and hence attract more extreme events, he said.

Swapna Panickal, lead author of the chapter on ‘Future Global Climate’ in the AR6WGI, also spoke on the occasion regarding sea level rise and increased flooding.

The AR6WG1 report is the latest in the series of the IPCC assessment reports that provides the most updated physical understanding of the climate system and climate change, by combining the latest advances in climate sciences and multiple lines of evidence from paleoclimate, observations, process understanding, global and regional climate simulations.

Although it has been known for decades that the world is warming up, this latest report clearly shows that the recent observed changes in the climate system are “widespread, rapid and intensifying; and unprecedented in thousands of years.”

Global temperature over the past 10 years was about 1.1 degrees Celsius warmer than in 1850-1900. Each of the past four decades has been the warmest on record since pre-industrial times. The AR6 report projects that climate changes will increase in all regions in the coming decades. For the 1.5 degrees Celsius of global warming — there will be increases in the intensity and frequency of heat waves, extreme precipitation, and droughts.

Intersex Awareness Day 2021: Know History, Significance and Why it is Celebrated on…