India stands out as the only economy doing reforms: Jaitley 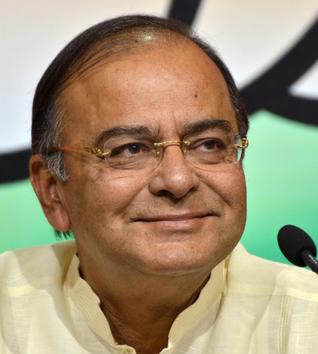 Finance Minister Arun Jaitley on Thursday said that in the global scenario where economies were turning protectionist, India stands out as the only economy doing reforms.

“We stand out as the only economy doing reforms because the rest are going towards protectionism,” Jaitley said here at the 96th annual session of Associated Chambers of Commerce and Industry of India (Assocham).

He listed opening of foreign direct investment in various sectors, Aadhaar legislation, Direct Benefit Transfer, demonetisation and the Goods and Services Tax (GST) in the series of latest reforms.

“India is prepared for reforms much more than it ever was. Bulk of public opinion favours reforms,” he added.

“Taxation reforms are a work of progress. Universal Basic Income is an idea worth considering,” Jaitley said.

The idea of Universal Basic Income (UBI) was mooted by the Economic Survey 2016-17 as an alternative poverty reduction mechanism in place of various ongoing social welfare programmes.

The Economic Survey, authored by Chief Economic Advisor Arvind Subramanian, pitched for a scheme to transfer a reasonable basic income to Indians below the poverty line.

The recommendation was based on a survey on misallocation of resources, which showed that districts where needs are the greatest are precisely those where state capacity is the weakest.

The survey’s findings suggest that a more efficient way to help the poor would be to provide them resources directly, through a UBI.

Subramanian has said that it would entail making an unconditional cash transfer of about Rs 10,000-Rs 15,000 a year to every citizen and could replace more than 1,000 schemes the government runs for poverty elimination.

Jaitley had earlier said that the UBI was food for thought and the Centre and states need to develop a consensus on it.

“We give subsidies. The entitlement of subsidies is for the poor. World-over, it is the thought that ending the subsidies, we can target the poor households and put a certain money in their bank accounts,” he had said. (IANS)

United Breweries directs Mallya to step down from board

Anand Mahindra has not invested a single rupee in crypto. Here’s why

Consolidation of some state-run banks post-fortifying:…