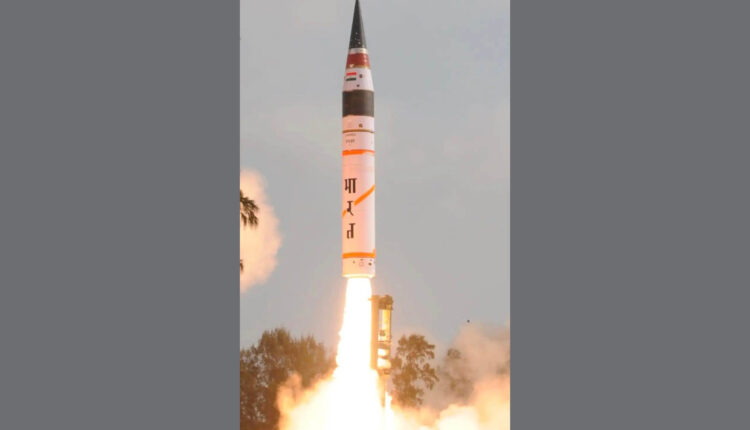 The missile was fired from launch pad no. 4 of the Integrated Test Range (ITR) at the island in the presence of senior officials and scientists of the Defence Research and Development Organisation (DRDO), sources said.

The missile has the capacity of hitting targets beyond the range of 5,000 km, DRDO sources said.

The indigenously developed surface-to-surface ballistic missile can carry a payload of around 15 tonnes, sources added.

Agni-V missile has been developed under the integrated Guided Missile Development Programme (IGMDP). It is a fire-and-forget missile, which cannot be stopped without an interceptor missile.

The missile was first successfully test-fired from the Abdul Kalam Island on April 19, 2012.

Notably, the night-trials of Agni-V missile came a few days after a scuffle between Chinese and Indian soldiers on the Line of Actual Control (LAC) in Arunachal Pradesh.