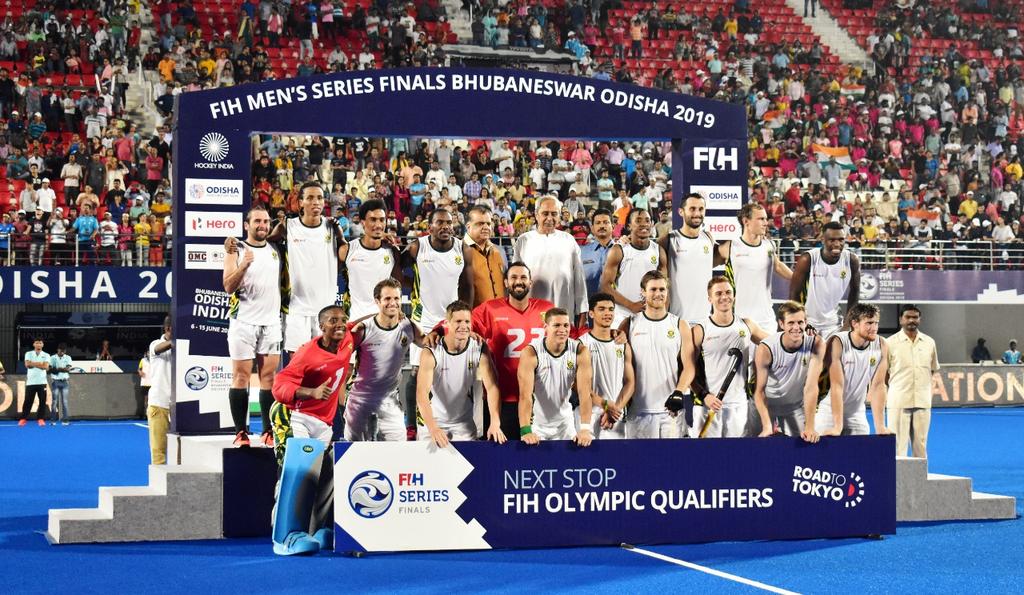 Earlier, Asian Games champion Japan beat the US 4-2 to secure third place. By virtue of reaching the summit clash, both India and South Africa had qualified for the Olympic qualifiers which will be held in either October or November 2019.

It took less than two minutes for India to win their first penalty corner at the Kalinga Stadium. Varun Kumar made no mistake with his drag flick and India drew first blood early in the game. The lead was doubled in the 11th minute when Harmanpreet converted from another PC.

India dominated much of the first quarter and it was only its dying minutes that South Africa got a chance at the goal. Nqobile Ntuli’s reverse hit however, was kept away by Indian custodian Krishan Bahadur Pathak.

India were awarded a penalty stroke when Birendra Lakra was stick-checked inside South Africa’s circle by Jethro Eustice. Harmanpreet put it away easily and India were three goals to the good.

The change of ends led to no change in the flow of the game with India remaining the dominant side in the second half too. The hosts scored in the fifth minute of the third quarter having with Prasad scoring from close range after being set up by Simranjeet Singh.

India could got another penalty corner in the 41st minute but could not convert it with Amit Rohidas’ attempt being kept out by the South African keeper. However, they got another PC in the 49th and this time Varun Kumar made no mistake and the score read 5-0 in India’s favour.

South Africa got a consolation goal thanks to back-to-back penalty corners, the second of which led to a goal. Pautz deflected in Eustice’s flick to reduce the margin to 5-1.

Four minutes from the final hooter, India secured two more penalty corners but failed to convert both. South Africa also got a third penalty corner towards the end but could not add to the singular goal they had scored.