INDIAINDIA & BEYONDWORLD
By Sambad English Bureau On May 7, 2021 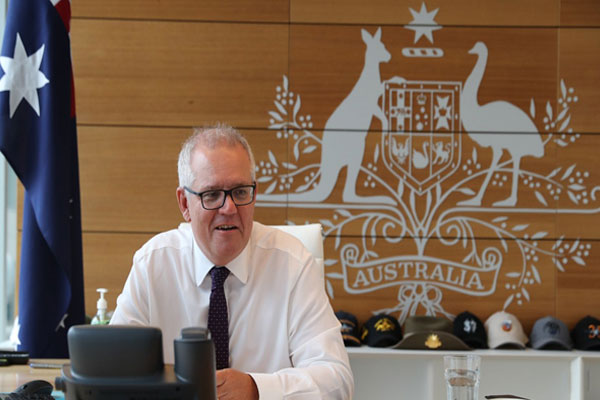 Canberra:  Australian Prime Minister Scott Morrison on Friday announced that the ban on travel from India would end on May 15, paving the way for thousands of Australians stranded in the Covid-battered country to return home.

The controversial ban, which was introduced in response to India’s ongoing coronavirus crisis, made it a criminal offence to try and enter Australia within 14 days of being in the country, reports Xinhua news agency.

Morrison said the National Security Committee of Cabinet agreed there was no need to extend the ban beyond the planned date of May 15.

“What we will be doing is receiving our first repatriation flight into the Northern Territory as part of the charter arrangements that we have with our airlines to bring back those first people from India at that time,” he said.

There are about 9,000 Australians who are stuck in India and want to come home.

Australia Demands Apology From China Over…

Morrison said vulnerable people would be prioritised for places on board three repatriation flights set to take off from India before the end of May.

The flights will land in the Northern Territory with passengers to quarantine at the Howard Springs facility.

“Bringing back the most urgent of cases,” Morrison said.

“There will be rapid antigen testing put in place for everyone getting on the flights.”