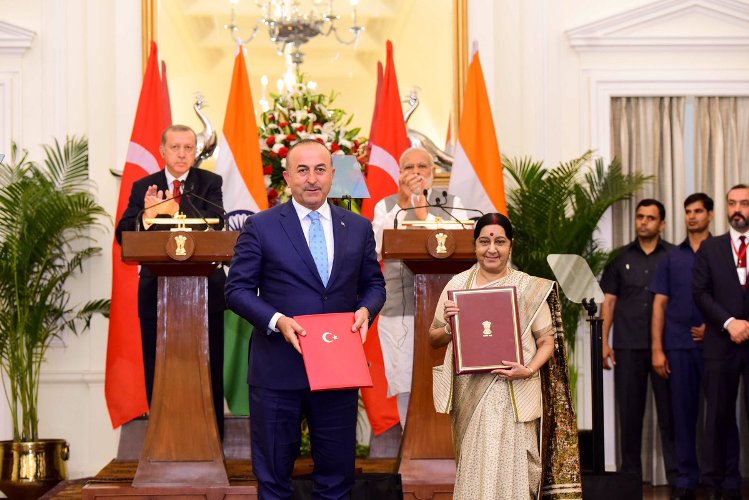 An agreement was signed on a cultural exchange programme for the years 2017-2020.

A memorandum of understanding (MoU) was signed between the Foreign Services Institute (FSI) of India and the Diplomacy Academy of Turkey.

Another MoU was signed on cooperation in the area of information and communication technologies (ICT).

Earlier on Monday, President Pranab Mukherjee and Modi received Erdogan in the forecourt of Rashtrapati Bhavan where he was accorded a ceremonial welcome with a guard of honour.

Modi and Erdogan then addressed a business summit organised by industry organisations CII, Ficci and Assocham, at which both leaders called for boosting India-Turkey trade and economic ties.

On Monday evening, President Mukherjee will host a banquet in honour of the visiting dignitary.

Erdogan arrived here on Sunday on a two-day visit to India. He last visited India in 2008 when he was the Prime Minister. (IANS)