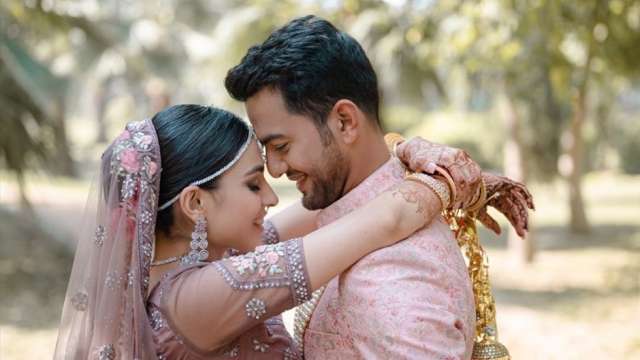 “Today, we decided on forever! 21.11.21 #SimRANtoChand,” wrote Chand, sharing pictures with his wife.

According to reports, Simran is an award-winning fitness and nutrition coach. Social media erupted with congratulatory messages for Chand who famously won the ICC U-19 Cricket World Cup in 2012 in Australia as captain.

Earlier this month, Chand became the first Indian male player to sign up for Australia’s domestic T20 competition the Big Bash League, agreeing to a deal with Melbourne Renegades.

The 28-year-old opening batter, retired from Indian cricket earlier this year to play in the United States, meaning he is free to play in the BBL and other domestic leagues around the world.

“I’ve loved watching the Big Bash and players around the world coming in … it’s a great platform and I always wanted to play there. I’m really looking forward in the coming years that I can make a name for myself and hopefully win championships for the teams I play for,” Unmukt was quoted as saying by Melbourne Renegades in a press release.

“I’m really looking forward to coming to Melbourne and to get going. I’ve always enjoyed playing in Australia. I haven’t been to Melbourne before… I know there are lots of Indians in Melbourne, so it’s going to be nice, and I hope the crowds turn up for games as well,” he added.

Airtel to increase prepaid tariffs by 20% from Nov 26

Multi-device beta: How to use WhatsApp on up to 4 devices without keeping phone connected