India vs South Africa T20I at Barabati: Offline sale of tickets from today 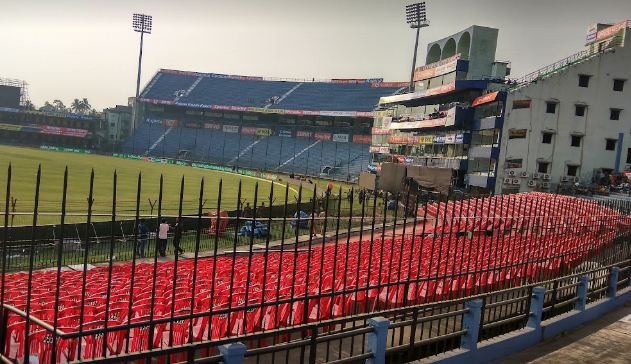 Counters have been set up at the conference hall of Odisha Cricket Association (OCA) for selling of the tickets from 10 am today. Schools, colleges, clubs and other organisations affiliated to OCA can buy tickets for the match from today. Total 8,000 tickets will be sold under this category.

However, offline tickets for general public will be made available at different counters of the stadium on June 9 and 10.

Meanwhile, online tickets. which were made available on platforms like Paytm Insider app, Paytm App and www.insider.in on June 1, have already been sold out.

Yesterday. Chief Minister Naveen Patnaik bought the first ticket for the match. OCA President Pankaj Lochan Mohanty and Secretary Sanjay Behera handed over the ticket to the CM at his residence here.

Around 44,000 spectators are expected to watch the international cricket match. Arrangements for the parking of vehicles will be made at Bali Jatra Ground near the stadium. Players of the two teams will reach Bhubaneswar on June 10.