India wants Australia to partner in education after NEP 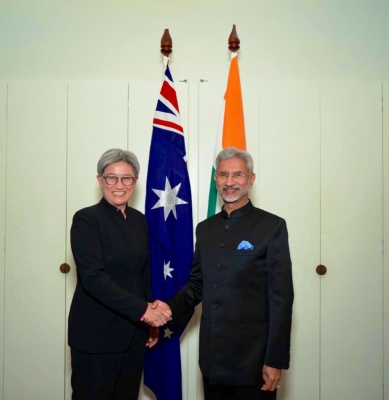 “One of them is a proposal that’s been under discussion for an understanding on mobility, on mobility of talent and skills, how we can grow education and what we could do particularly bearing in mind, India’s New National Education Policy (NEP). We certainly would like to see Australia, which is one of our major partners in education, also having a stronger presence in India, and that’s something which our Prime Ministers had discussed as well when they had met in Tokyo,” he said

The Minister also said he was delighted the Old Parliament building in Canberra lit up in the Indian Tricolour.

“So, today’s meeting was what we call the Foreign Ministers’ Framework Dialogue. It’s, I think, the 13th of that series and, you know, we spoke about a whole lot of issues — trade and economy, education, defence and security, clean energy. And among the many agreements and understandings we reached, were really the fact that it’s in our mutual interest to expand our diplomatic footprint in each other’s countries.

“So, we would certainly welcome Australia doing so in India and look forward to doing the same in Australia, at some point of time. There were some issues, I think which we see a great potential in terms of giving a greater, I would say, quality to our bilateral partnership,” he said.

Jaishankar said India is very encouraged to see that the economic cooperation and trade agreement that was finalized earlier this year is moving towards its ratification and entry into force and is very good development.

“We also note that steps are being taken to amend the Double Taxation Avoidance Agreement because that was also a bit of a challenge to growing our business. And then we really looked at areas like critical minerals, cyber, new and renewable energy.”

The two sides discussed the Ukraine war and its repercussions, the progress in Quad, G20 issues, trilaterals, the UN and climate finance, among other.