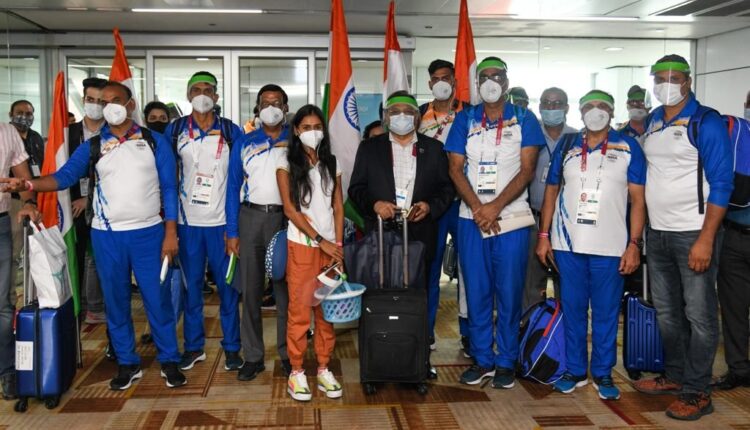 New Delhi: India welcomed its heroes who made the country proud at Tokyo Olympics.

From IGI Airport they all will be taken to Ashoka Hotel in volvo buses. Security at the IGI Airport has been beefed up with multiple forces including Indo-Tebetan Border Police (ITBP), Central Industrial Security Force (CISF).

The area from where olympians will exit from the airport has been cordoned off and entry has been prohibited for general public.

Heavy deployment of forces has not only been placed at the premises of IGI, but outside as well to restrict entry of general public.

However, as the time for landing fight is nearing, people in small groups have started gathering at the IGI.

To welcome Indian heroes of Tokyo Olympics, groups of people have come with bands. Many are seen dancing in celebration for the best ever performance by Indians at the Olympics.

People gathered here at the IGI are either chanting slogans – ‘Bharat Mata ki Jai’ or dancing with national flags in their hands.