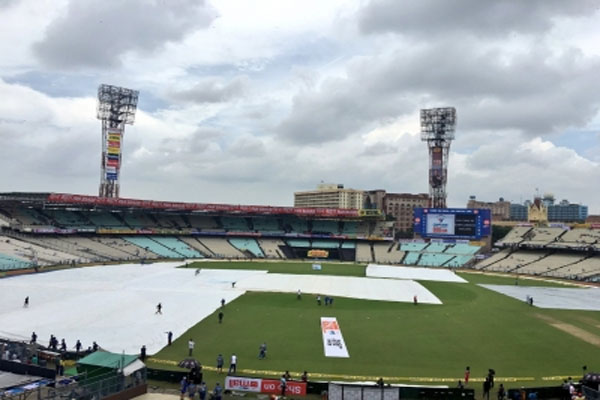 Kolkata: The Eden Gardens in Kolkata will allow 75 per cent of its capacity to be filled during the T20 International series between India and the West Indies beginning February 16 after the West Bengal government issued a notification relaxing the COVID-19 norms.

The state government issued a notification on Monday which stated that, “All indoor and outdoor sports activities will be allowed with 75% of the capacity of the venue. Whereas, after a review of the current situation of COVID-19 pandemic, State Executive Committee of West Bengal State Disaster Management Authority recommended to continue with the current restrictions in force and allow graded relaxations as necessary.”

The West Indies team, led by limited-overs skipper Kieron Pollard, recently won the T20I series against England at home 3-2 and are on their way to India after boarding the flight from Barbados on Monday.

The team will first play a three-match ODI series against India in Ahmedabad beginning February 6, which will be followed by the T20I leg of the tour.

Eden Gardens had also hosted the third T20I against New Zealand in November with 70 per cent capacity.

Budgetary Lifeline: ECLGS to be extended till March 2023