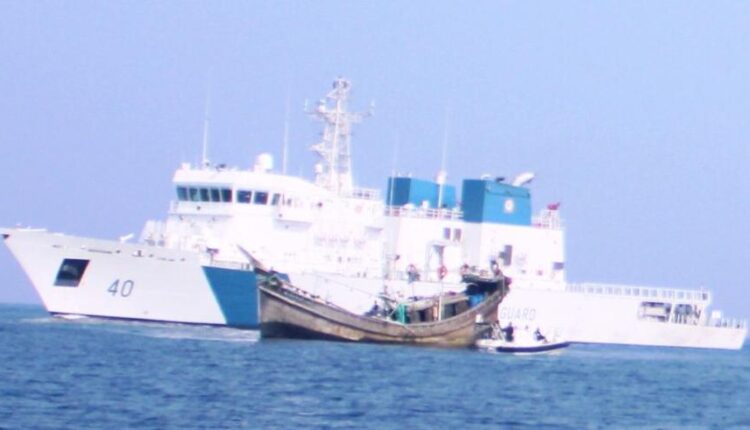 Bhubaneswar: As many as 19 crew members of a fishing boat from Bangladesh, who were stranded in the Indian water, were rescued by the Indian Coast Guard today morning.

As per reports, the fishing boat, ‘Rana’ left Coxbazar (Bangladesh) on November 15, 2020 for fishing and remained adrift for long. The boat drifted into Indian water due to break down in machinery.

Last night, the Indian Coast Guard aircraft during its operational tasking in the Bay of Bengal noticed an adrift fishing boat in the Indian exclusive economic zone (EEZ). When the boat was contacted on VHF radio, no response was received. The aircraft passed the information to Indian Coast Guard Ship Varad that was deployed in Bay of Bangal on another operational mission. The ship immediately approached towards the fishing boat factoring wind and sea conditions and located the boat in early hours of today.

The crew was found exhausted with no ration onboard. The Indian Coast Guard personnel provided the Bangladeshi fishing boat’s crew members with first aid, food and water.

A statement issued by the Indian Coast Guard stated the Bangladesh Coast Guard has been requested as per an existing MoU between Coast Guard of the two countries, to make necessary arrangements for taking over of the stranded fishing boat along with the crew at the pre designated location in vicinity of International Maritime Boundary Line.

The stranded boat is being towed by the Coast Guard ship for further handing over to Bangladesh authorities, the statement added.