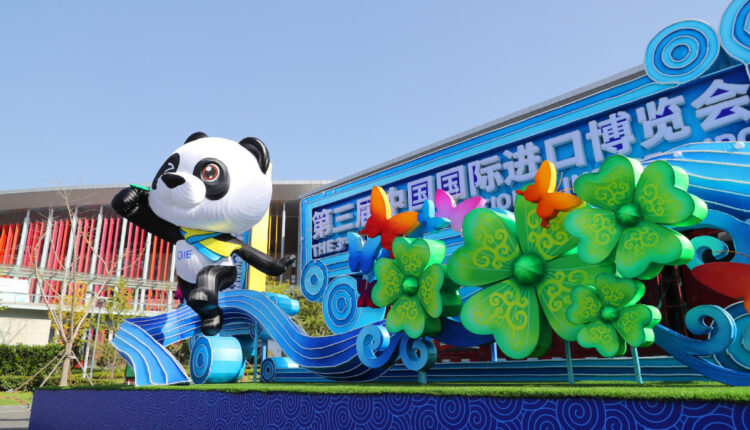 New Delhi: Even as more than 3,000 global businesses from over 120 countries and regions are keenly showcasing their products and services at the China International Import Expo (CIIE) in Shanghai and eying potential business deals, no Indian company is listed as participant in the world’s largest fair that focuses on imports, the Global Times reported.

India’s absence from the event that kicked off on Thursday, for unclear reasons, also contrasts with robust growth in China-India bilateral trade this year, a trend that is increasingly irresistible for the South Asian economy despite its growing political hostility toward China, experts said, as per the report.

The number of Indian companies that attend the CIIE has been decreasing progressively in recent years and dropped to zero at this year’s CIIE, according to an official catalog of participants for the event.

The catalog of 4th CIIE exhibitors displayed at the exhibition halls showed that no Indian company is listed. A search for Indian exhibitors in the expo’s digital catalogue, presented on the CIIEs’ official website, also showed no results.

At the second CIIE, India was one of the 15 guest-of-honour countries.

The Global Times then saw around 10 small Indian pharmaceutical firms displaying their products at one of the expo venues. The booths were also crowded with visitors who asked about those products.

Last year, the Global Times only found three Indian companies at the CIIE, one of which was a manufacturer of gift products.

While lingering tensions between the two countries might leave a trail of clues, there are no clear answers to India’s shrinking profile at the major import expo, observers said.

Border disputes and New Delhi’s intention to follow in the US’ footsteps could by no means suppress India’s reliance on a variety of Chinese goods such as auto parts and various small commodities, Wang Dehua, a senior South Asian affairs expert in Shanghai, told the Global Times on Thursday.

In the first three quarters of 2021, China’s trade with India soared 49.3 per cent to $903.75 billion, according to Chinese customs data.

The strong reading is believed to have paved the way for bilateral trade to top $100 billion for the first time, achieving a target the two countries set in 2010, the report said.

Shilpa Shetty is ‘amazed’ with bonding between her kids [watch]