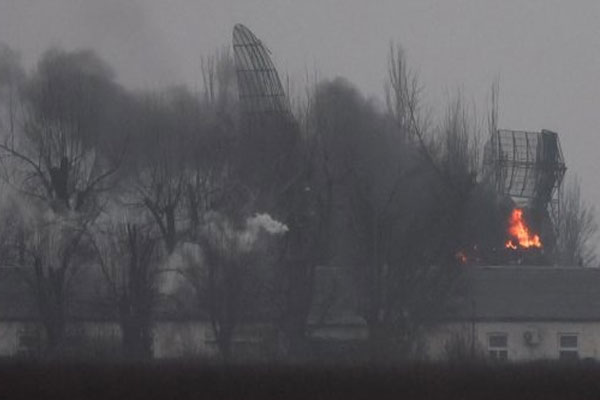 Thiruvananthapuram: Anxious Keralites in Ukraine have been taken aback after war broke out, said a Kerala doctor who has now moved out from Kiev in Ukraine.

Speaking over phone to the media here on Thursday, Dr Anzar who is the president of the Malayalee Association there, said the information that the Ukraine government has now given to all is to move to bomb shutters.

“These bomb shutters are safe places for aerial attacks. The situation here is the roads are full of traffic as people are trying to move to safe places. Petrol filling stations have all now been closed as these are being targeted and bombed. Airports are also targeted,” said Anzar.

“I was at Kiev till a few days back, but when the things appeared tensed, some Keralites moved out from Kiev,” said Anzar.

Sailesh Prasad, also a medical professional in Kiev, however said that he is staying at his apartment.

“Our request to all is, please do not try to create a panic situation. We are here and safe,” said Prasad.

Dev Nandu, a medical student in Ukraine, said some of his friends and classmates on Thursday morning were on their way to the Kiev airport to return to India when the news came of a bomb attack.

“I have spoken to them and have asked them to remain safe and keep all their documents safely. The airport has now been closed,” said Nandu.

According to figures, there are about 18,000 students and 2,000 people in Ukraine, of which Keralaites are also there in good numbers.

On Thursday, an Air India flight which was to have landed at the Kiev airport was unable to do so and has flown back.

Is Acupuncture key to restoring your body’s Thyroid Balance?