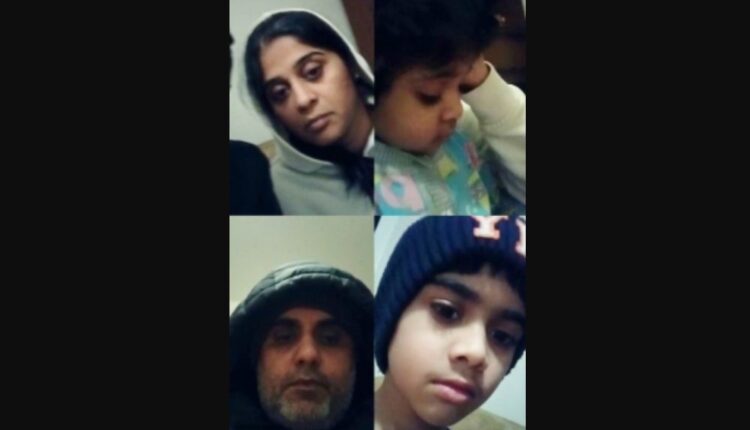 New Delhi: An Indian doctor has claimed to be stuck in the Ukrainian capital of Kyiv along with his family members even as the government in New Delhi said that all Indian students and citizens have been safely evacuated from the conflict-hit nation.

Dr. Rajkumar Santalani, a resident of Jaipur, his wife Dr. Mayuri Mohan Andhare and their two children are still in Kyiv.

Speaking to IANS, he also shared the address of his residence where he is stranded.

Rajkumar said that he spends the night mostly on the balcony of his house to safeguard his family members.

Addressing reporters on Wednesday, India’s Foreign Secretary Harsh Vardhan Shringla said that there was no Indian left in Kyiv and added that a total of 12,000 Indians have been rescued from Kyiv.

“We were very sad when we came to know that it was being said in New Delhi that all Indians have been evacuated from Kyiv. We have been in contact with the Embassy for the last six days… The embassy kept telling us to wait,” he told IANS.

“We tried to take a taxi but even the taxi drivers are over-charging. I don’t even have money… the local (Ukrainian) residents are helping us.

“There have been bomb blasts for four days. There was peace for the last two days but again, there was a huge explosion after which the warning sirens are buzzing continuously. The cold is also increasing… We have also taken rice from our neighbours to eat,” he said.

Rajkumar further claimed that help was also sought from a leader in India, and “he also assured to get us out of here soon, but now we are all trying to get out ourselves”.

“Our neighbours are fighting with guns in their hands. I was also given a gun but I refused to take it,” Rajkumar, who is also pursuing his Ph.D, said.

The Central government, meanwhile, has intensified the efforts to rescue Indian citizens stuck in Ukraine.

In the next two-three days, 26 aircraft will operate to bring back Indians from the neighbouring countries of Ukraine.

Around 20,000 Indians were stranded in Ukraine.

The government has launched Operation Ganga to ensure the safe return of Indians stranded in war-torn Ukraine.