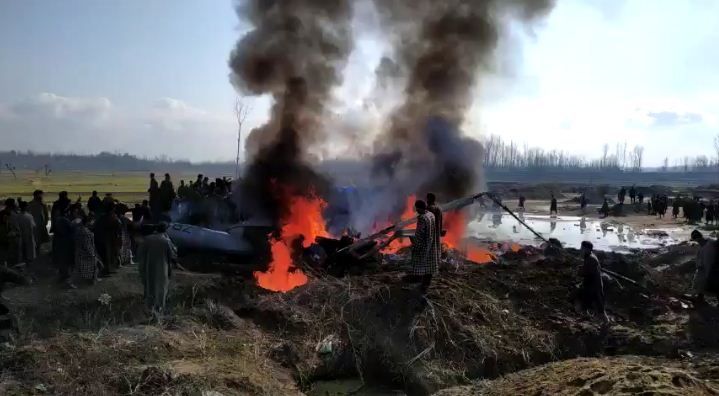 New Delhi:Two Indian fighter jets crashed on Wednesday, one in Jammu and Kashmir’s Badgam district and the other across the Line of Control (LoC), whose pilot has been captured alive, as claimed by Pakistani authorities.

In a tweet by the Inter-Services Public Relations, the media wing of the Pakistan Armed Forces (PAF), said: “In response to PAF strikes this morning as released by MoFA (Ministry of Foreign Affairs), IAF crossed LoC.

“PAF shot down two Indian aircraft inside Pakistani airspace. One of the aircraft fell inside AJ&K (Pakistan administered Kashmir)… One Indian pilot arrested by troops on ground.”

The crash in Badgam was 7 km from the Srinagar International Airport, police said. It resulted in the suspension of commercial flight operations in Leh, Pathankot, Jammu and Srinagar.

“The jets entered into the Indian air space over Nowshera sector of Rajouri district this morning,” a police official said, adding that the Indian fighter jets on air patrol immediately scrambled and pushed them back beyond the LoC.

There were no immediate reports of the Pakistani side having dropped any payload in the Indian territory.

Indian Air Defence Systems have been put of maximum alert.

Family cries foul as snake-bitten youth dies of Covid in…