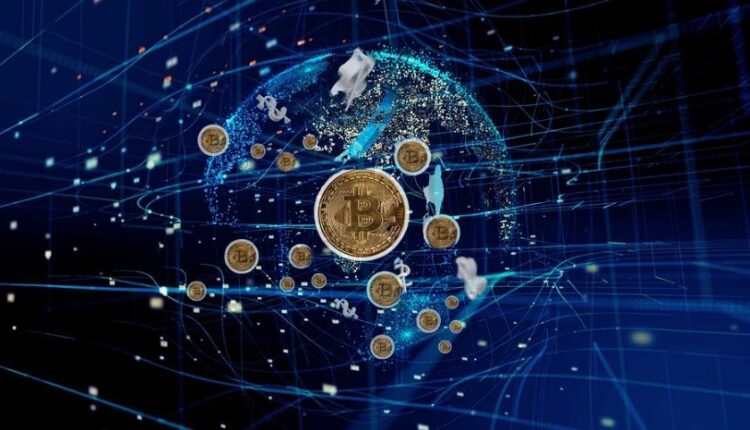 New Delhi: Hitting hard private cryptocurrency exchanges and apps which are luring millions, especially the young, into investing their hard-earned money in Bitcoin and other digital tokens, the government on Tuesday announced a 30 per cent tax on any income from the transfer of virtual digital assets, specifying that no deductions and exemptions will be allowed.

Stressing that since there has been a phenomenal increase in transactions in virtual digital assets, Finance Minister Nirmala Sitharaman, presenting the Budget 2022-23, said that the magnitude and frequency of these transactions have made it imperative to provide for a specific tax regime.

“No deduction in respect of any expenditure or allowance shall be allowed while computing such income except cost of acquisition. Further, loss from transfer of virtual digital assets cannot be set off against any other income,” she stressed.

In order to capture the transaction details, she also proposed to provide for TDS on payment made in relation to transfer of virtual digital assets at the rate of 1 per cent of such consideration above a monetary threshold.

“Gift of virtual digital assets is also proposed to be taxed in the hands of the recipient,” the Finance Minister said.

“No Crypto bill but taxation at 30 per cent of virtual asset transfer gains and an additional 1 per cent tax collection at the time of transfer means that party seems to be over for crypto assets and exchanges,” former Union Finance Secretary Subhash Chandra Garg, a key figure behind drafting the original Crypto bill, said.

The Cryptocurrency and Regulation of Official Digital Currency Bill 2021, seeking to prohibit all private cryptocurrencies in India, was set to be tabled in the Winter Session of Parliament that began on November 29. But the Bill did not make it to the table — second time in a year — as the chorus around the legality of digital coins and how to safeguard investors’ money grew louder.

There are an estimated 15 to 20 million crypto investors and there is no clarity on the size of the Indian crypto market.

Reports late last year claimed that Indians have invested over Rs 6 lakh crore in crypto assets to date — a figure which is highly questionable, as no one has any actual idea about the kind of money being routed via crypto exchanges.

According to Bhaskar Majumdar, Managing Partner, Unicorn India Ventures, the tax on crypto/NFTs will now make it legalised and users won’t be able to circumvent tax and other financial regularities.

Grave concerns have now been raised over the misuse of digital coins on the Dark Web for terror acts and drugs trafficking by militant organisations, and for money laundering and hawala-based transactions — posing serious threat to national security and a big challenge to the security agencies in India.

Nischal Shetty, Founder and CEO, WazirX which is one of the leading crypto exchanges, said that the tax clarity is a welcome move.

“Overall, it’s a huge relief to see that our government is adopting the progressive stance of going ahead in the direction of innovation. By bringing in taxation, the government legitimises the industry to a large extent,” he said.