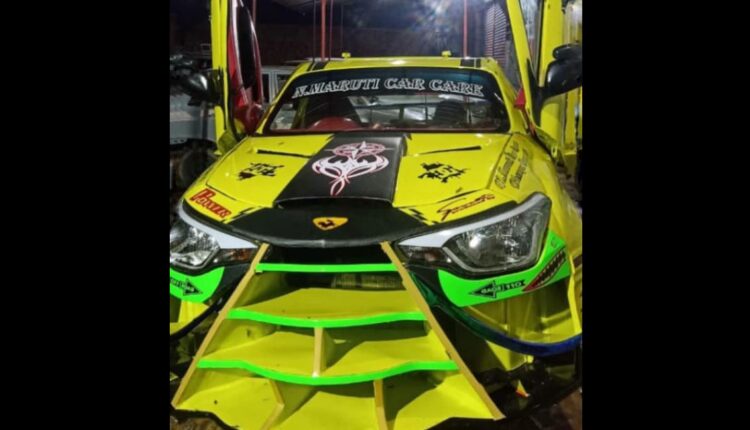 Bhubaneswar/Guwahati: A mechanic from Assam has produced one of the most astonishing feats of car remodeling by modifying his old Maruti Swift into a replica of a Lamborghini.

Nurul Haque, from Bhanga area of Karimganj district of Assam, achieved this feat by spending a little over Rs 6 lakh.

The 31-year-old said it took him nearly eight months to develop the car.

Haque shared pictures of his car on social media leaving everyone shocked.

Haque is a fan of the popular Hollywood film franchise ‘Fast & Furious’ and had always wanted to drive a Lamborghini. Not sitting idle in the Covid-19 induced nationwide lockdown, he decided to remodel his Maruti Swift.

But how did he do it?

Well, Haque first bought an old Swift and then deconstructed it by removing its parts. He then started building new parts by watching videos on YouTube.

“But I didn’t realise that it would be a costly affair,” Haque said. “From buying the engine and the raw material to giving it the final shape, the total expenditure was around ₹ 6,20,000. I am not sure if even developing such a replica is legal. I want to drive the car across the state and I hope the police won’t arrest me and seize my car.”

Not willing to rest on his laurels, Haque has already set his next target which is converting an old car into a Ferrari r

Bhubaneswar: Being lured over nude pics, youth duped of Rs 60,000 by girl on Facebook