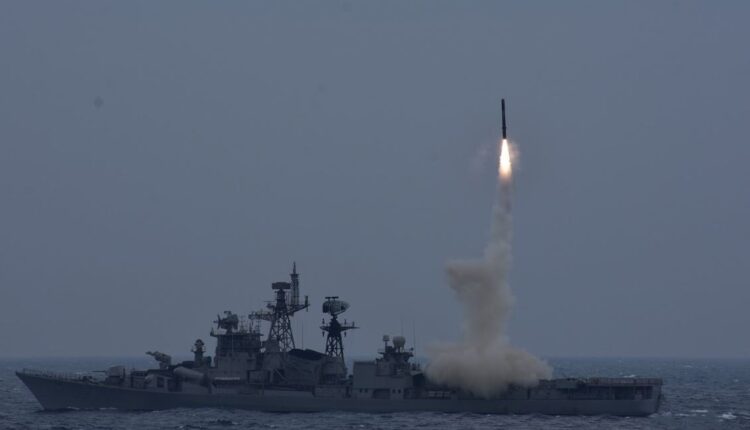 New Delhi: India on Tuesday test-fired the anti-ship version of the BrahMos supersonic cruise missile in the Andaman and Nicobar Islands territory.

“BrahMos Supersonic Cruise Missile in Anti-Ship mode was successfully test-fired today at 9 am against a decommissioned ship,” the Defence Ministry said.

The test firing was carried out by the Indian Navy. The missile performed highly complex manoeuvres and hit the bull’s-eye.

BrahMos, a combination of the names of Brahmaputra and Moskva rivers, is a supersonic cruise missile jointly developed by Defence Research and Development Organisation (DRDO) and the NPO Mashinostroyenia, one of the leading aerospace enterprises in Russia, as a BrahMos Aerospace joint venture, which became the BrahMos Aerospace Private Limited.

The missile has established itself as a major force multiplier in modern-day complex battlefields with its impeccable anti-ship and land-attack capabilities with multi-role and multi-platform abilities and has been deployed in all the three wings of the Indian armed forces.

The first launch of BrahMos took place in 2001 and till date numerous launches have taken place from various ships, mobile autonomous launchers and Su-30 MKI aircraft, making it a versatile weapon.

INS Ranvijay is a Rajput-class destroyer warship of the Indian Navy.