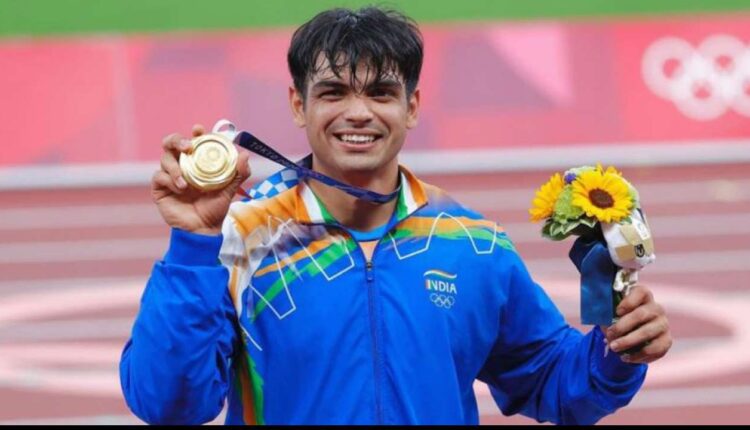 London: Neeraj Chopra, India’s first-ever winner of an Olympic athletics gold medal, has been nominated for the 2022 Laureus World Breakthrough of the Year Award. He is one of the six nominees for the prestigious Award.

With his second throw measuring 87.58 metres, Chopra became the first Indian track and field athlete to win an individual Olympic gold medal during the 2020 Tokyo Olympics, the other being Abhinav Bindra in air rifle in 2008.

He is only the third Indian athlete to be nominated for a Laureus Award, after wrestler Vinesh Phogat in 2019 and cricket maestro Sachin Tendulkar, who won the Laureus Sporting Moment Award 2000-2020, which marked the emotional moment during the 2011 ICC World Cup, when his team carried him on their shoulders in a lap of honour after India’s win.

“I’m delighted to be nominated for this Laureus Award and it’s a great honour for me to be recognised in the wider sporting world for what I achieved in Tokyo,” said an elated Chopra, after being nominated for the award.

“From being a kid in a small village in rural India who only took up sport to get fit, to standing on top of an Olympic podium, it’s been quite an eventful journey so far. I feel privileged to be able to represent my country and win India medals at the global stage, and now to have this recognition from Laureus and be considered alongside such exceptional athletes is a really special feeling,” he added.

Apart from Neeraj, the other five sportspersons who have been nominated for for the Breakthrough Award are — Britain’s Emma Raducanu, who became a global tennis sensation when she won the US Open at the age of 18, Russia’s Daniil Medvedev, who won the men’s title at Flushing Meadows, FC Barcelona’s football prodigy Pedri, aged 19, voted best young player at the Ballon d’Or, Yulimar Rojas, who broke the 26-year-old triple jump world record, and swimmer Ariarne Titmus, aged 20, who twice beat champion Katie Ledecky at 200 and 400m in Tokyo.

A panel of more than 1,300 of the leading sports journalists and broadcasters in the world have selected the nominees in each of seven categories for this year’s Laureus World Sports Awards. The Winners will be revealed in April, following a vote by the Laureus World Sports Academy, the world’s ultimate sports jury, made up of 71 of the greatest sporting legends of all time.

Emma McKeon (Australia) Swimming – won four gold and three bronze in Tokyo, the most by an individual

Daniil Medvedev (Russia) Tennis – won his first ever Grand Slam, dropping only one set in the US Open

Simone Biles (USA) Gymnastics – after withdrawing in Tokyo, she came back to win bronze in the beam

Laureus World Sportsperson of the Year with a Disability Award: