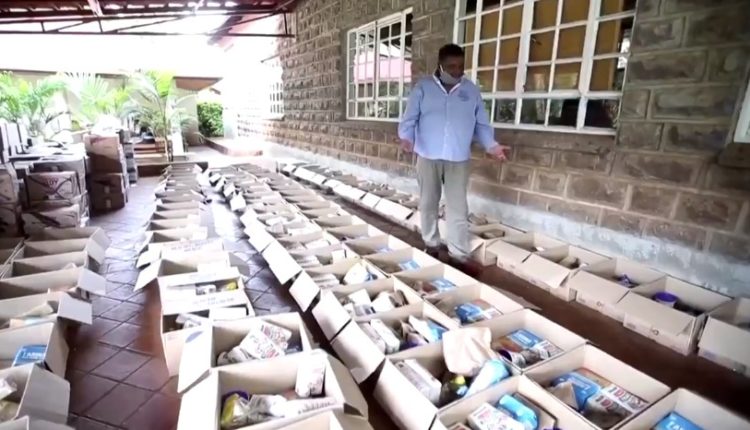 On March 12, Kenya reported its first case of Covid-19 owing which schools were closed, businesses were shut and families also left the city.

The government offered tax breaks to provide little help to those who are too poor to pay their taxes.

When Shah saw people were losing cool due to hunger, he decided to help them. He asked some of his close friends to join the cause. His friends immediately pitched in and there was a local school which was closed due to the novel coronavirus offered their premises as headquarters.

Kenya’s Asian Community which was officially recognised as country’s 44th tribe, rallied around. They brought cheques or truckloads of food that could not be transported due to the suspension of flights.

Then the volunteers who call themselves Team Pankaj sent out 24000 packages of food since Mar 22, each hamper would consist enough food to last a family of five people for two weeks.

Shah urges wealthy Kenyans to donate 4.000 Kenya Shillings each to fund the hamper. He also pointed out that the amount is about the cost of two pizzas and one bottle wine.

I just need half the rich people here to care enough to fund the hamper, he said.

The community leaders, imams, church leaders seek his help. Recently, he had sent two lorries full of food and had distributed in Deep Sea slum last week. The residents were given orange token and had to get their fingers inked before getting the boxes and bags of vegetables. Pregnant women and with children were also offered help by the volunteers.

Shah had never ran an aid in the past. He said that he has been inspired by Mother Teresa whom he had met over three decades back in Nairobi.