Indian rocket lifts off with GSAT-9 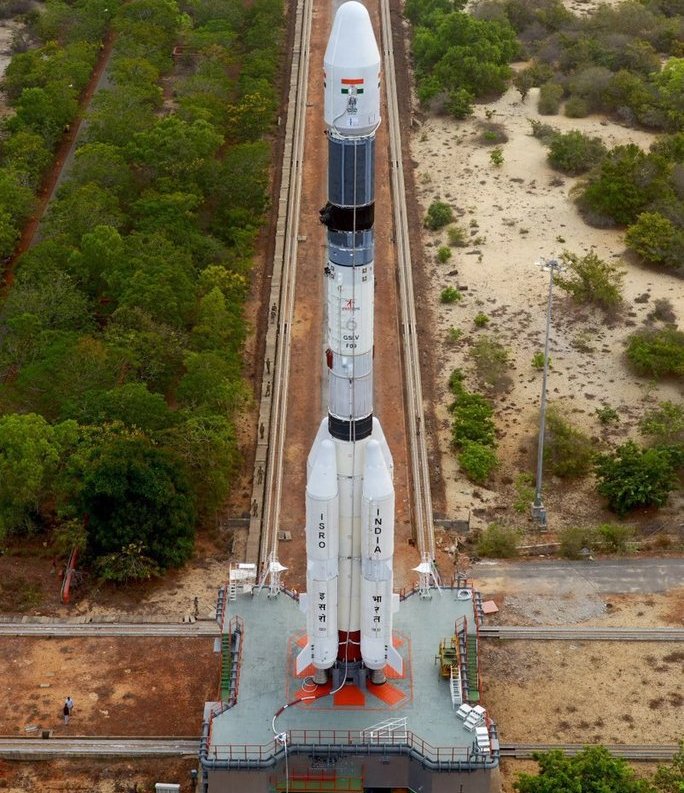 An Indian rocket with the over two ton South Asia Satellite or GSAT-9, intended to address the region’s “economic and developmental priorities”, blasted off from the Sriharikota spaceport on Friday evening.

Precisely at 4.57 p.m., the Geosynchronous Satellite Launch Vehicle (GSLV-F09) rose into the sky from the second launch pad at the Satish Dhawan Space Centre at the spaceport in Andhra Pradesh.

The 49 metre-tall, 415 ton rocket will sling into orbit, the 2,230 kg South Asia Satellite, intended as an ‘Indian Gift’ for use by its fellow South Asian Association for Regional Cooperation (Saarc) nations save Pakistan, which had opted out, stating “it has its own space programme.

In 2014, Prime Minister Narendra Modi had tasked the Indian Space Research Organisation (ISRO) to develop a satellite for use by the Saarc countries.

Costing around Rs 235 crore, the satellite was initially known as the Saarc satellite but with Pakistan deciding to keep out, it is now called the South Asia Satellite. Its life span is over 12 years.

In his most recent monthly radio address ‘Mann Ki Baat’, Modi said the South Asia Satellite will go a long way in addressing the region’s economic and developmental priorities.

“Natural resources mapping, telemedicine, the field of education, deeper IT connectivity or fostering people-to-people contact, this satellite will prove to be a boon in the progress of the entire region.

“It is an important step by India to enhance cooperation with the entire South Asia…It is an invaluable gift. This is an appropriate example of our commitment towards South Asia. I welcome all the South Asian countries who have joined us on this momentous endeavour,” he had said.

According to an official, the ISRO on an experimental basis decided to have electric power for the satellite.

“We have not reduced the volume of the traditional on-board fuel because of the electric power. We have added electric power facility to check its performance for use in future satellites,” the official told IANS.

He said the next satellite with electric power will be the GSAT-20 slated for launch in 2018.

The GSLV is a three stage/engine rocket. The core of the first stage is fired with solid fuel while the four strap-on motors by liquid fuel. The second is the liquid fuel and the third is the cryogenic engine. (IANS)

Odisha woman confesses to killing hubby with help of paramour

Odisha Plus II Science results on May 12