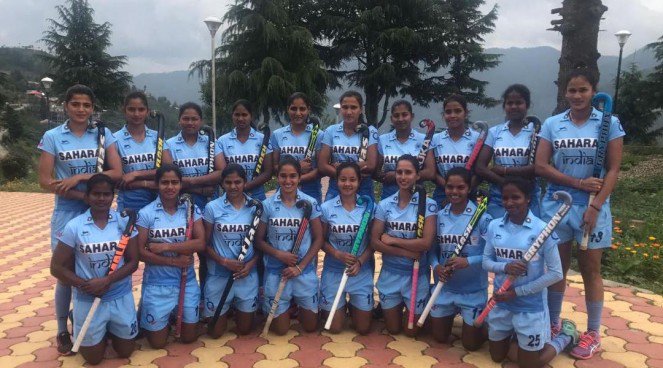 New Delhi: Hockey India (HI) on Wednesday announced an 18-member women’s squad for the Hockey World League (HWL) Semi Final, to be held between July 8 to 23 in Johannesburg.

The team will be captained by striker Rani Rampal, while defender P. Sushila Chanu will be the vice captain.

The squad features an experienced line-up with the defence formed by Deep Grace Ekka, Sunita Lakra, Monika, Sushila Chanu and Gurjit Kaur who also doubles up as a drag flicker.

Savita and Rajani Etimarpu are the goalkeepers.

The team lost the five-match bilateral series against hosts New Zealand 0-5. They need to start firing as the HWL Semi Final also happens to be a qualifying tournament for the 2018 Women’s World Cup in London.

“While our first aim is to do well in the pool stage and do well against opponents like South Africa and Argentina, our big aim at the tournament is to qualify for the World Cup next year,” Chief Coach Sjoerd Marijne said.

“Though the qualifying criteria is top five teams, since England are the hosts, our criteria will be to finish in top 6 to qualify for the World Cup.”

India are in Pool B along with strong opponents Argentina, South Africa, Chile and the United States. India will begin their campaign against South Africa on July 8.

The event will also see participation from Germany, England, Ireland, Japan and Poland.

The Indian players have been put through intense high-altitude training over the past three weeks at the SAI Centre, Shillaroo, where the national camp is underway.

“While we put in a lot of work in defensive and attacking structure, we have done a lot of work on fitness and speed. I am happy with the team’s effort because training in high-altitude can be very challenging,” stated the 43-year-old Dutchman.

Ahead of their departure at the end of this month, the national squad will train in New Delhi for a week.