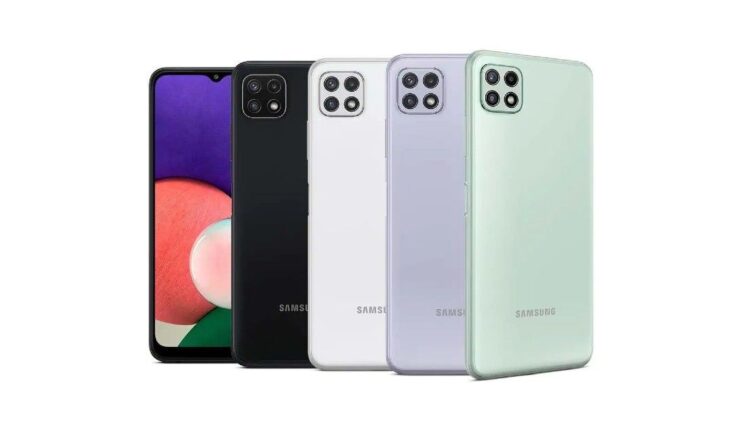 New Delhi: Samsung India on Tuesday said it now has more than 62 million Galaxy A series smartphone customers in India and people can now enjoy a true 5G experience at just Rs 44 a day, or Rs 1,320 a month, via attractive EMI options, as the country-wide 5G roll out gains momentum in 2023.

Aditya Babbar, Samsung India’s Senior Director of Mobile Business, said that the early launch of new 5G smartphones is part of the company’s 5G-first strategy and will help the South Korean company secure 75 per cent of its smartphone business through 5G devices this year.

“We’ve come up with multiple affordability options for our consumers, including extremely low EMIs, starting as low as Rs 44 per day for newly-launched Galaxy A14 5G,” Babbar said.

“In fact, the Galaxy A is industry’s fastest-growth smartphone series (above 10 million units). We believe the launch of Galaxy A14 5G and A23 5G will help us start the year on a strong note,” Babbar added.

Samsung’s new Galaxy A series smartphones are made for the 5G era and come with a large 6.6-inch screen and a 5000mAh battery for seamless entertainment.

Samsung is betting big on its recently launched 5G smartphones – Galaxy A14 5G and A23 5G – to consolidate its 5G leadership in the country.

Galaxy A14 5G comes with Samsung’s new Galaxy signature design and is the company’s most affordable 5G smartphone in the A series portfolio in India, starting at an effective price of Rs 14,999.

According to Babbar, to democratise 5G technology in India, “we are not only reaching out to more customers by leveraging our distribution depth, but also providing more affordability options to customers”.

“We have ensured that A14 5G and A23 5G are the most widely distributed 5G smartphones in the country. We are also ensuring equal EMIs for our 4G and 5G phones,” Babbar said.

Samsung said that 60 per cent of its customers use affordability platforms to buy smartphones, higher than the industry average of 40 per cent.

Nearly 80 per cent of Samsung customers who buy smartphones on credit use Samsung Finance+ platform, which the company launched in 2019.