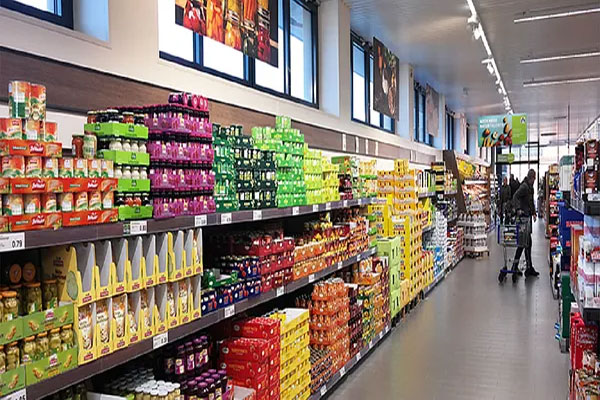 On a year-on-year (YoY) basis, the CPI inflation more than doubled last month from 3.15 percent recorded during July 2019.

The data furnished by the National Statistical Office (NSO) showed that India’s consumer food price index during the month under review rose to 9.62 percent from 8.72 percent reported for June 2020.

The data assumes significance as the Reserve Bank of India, in its recent monetary policy review, maintaining the key lending rates on account of rising retail inflation.

The central bank’s target for retail inflation is set within a band of +/-2 percent.

As per the data, the CPI YoY inflation rate for vegetables and pulses jumped by 11.29 percent and 15.92 percent, respectively, in July.

Economic distress due to Covid-19 causes rise in smuggling…

In addition, the fuel and light category under CPI rose by 2.80 percent.

“We believe that inflationary concerns may lead to a delay in further rate cuts and can raise the risks of stagflation. It is also expected to have an adverse impact on bond yields in the near term and may trigger the higher use of liquidity and yield management tools to optimize the cost of the government’s borrowings.”

“Retail inflation breaching the MPC’s upper band of 6 percent in seven out of the last eight months makes the task of the MPC difficult. India Ratings believes the MPC will watch inflation trajectory very carefully before making a decision on further rate cuts.”

Brickwork Ratings’ Chief Economic Advisor M. Govinda Rao said: “The spillovers of the hike in petrol prices are most likely to influence transportation costs adding to inflationary pressures going forward. We expect food inflation to soften in the coming months with easing supply constraints and better monsoon so far.”

“However, the core inflation at 5.5 percent is a cause of concern, and it may remain at elevated levels as the demand picks up, but capacity utilization does not increase commensurately.”