INDIAINDIA & BEYOND
By Sambad English Bureau On Oct 29, 2018 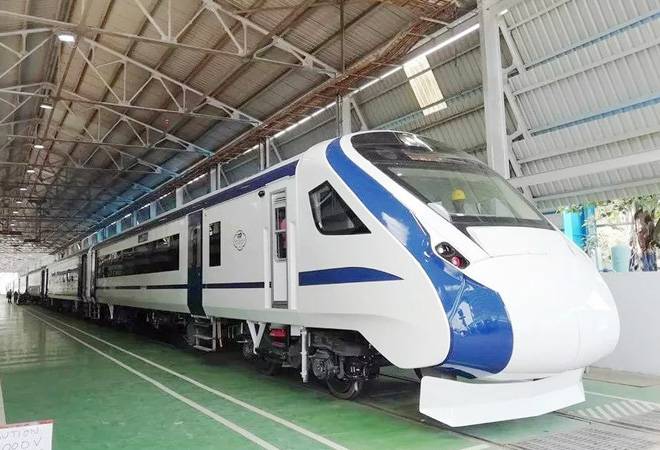 Soon after Lohani waved the green flag, the white-coloured train with a dash of blue moved few yards in the Integral Coach Factory (ICF) amid the beating of drums in celebration.

Officials said India’s first trainset — Train 18 — will be a game-changer for the Indian Railways.

The train was developed at nearly half the cost that is normally incurred for such development.

Speaking to IANS earlier, S. Mani, General Manager, ICF, said the train with a capacity to touch speed of 160 kmph will replace the Shatabdi Express.

“With 16 coaches, the train will have the same passenger carrying capacity. There are now separate power cars. But it is about 15-20 per cent energy efficient and leaves less carbon footprint,” Mani said.

Officials said the trainset was conceived, designed and developed in about 18 months’ time as against the industry norm of about 3-4 years.

The trainset has aerodynamically designed driver cabins at both ends for quicker turnaround at destinations.

According to an ICF official, every alternative coach is motorised, to ensure even distribution of motive power and faster acceleration/ deceleration.

Mani also said the fully air conditioned train offers better passenger comfort and safety, as all equipment are fixed under the carriage/ coach, so that more space is available on board.

In the Executive Class, the seats are rotatable to match the train direction.

Train 18 will have modern look with continuous windows on the exterior and the total seating capacity will be 1,128.

The train will have automated sliding steps uptil the platform avoiding the risk of a passenger falling. The driver can also monitor the movement of passengers on the platform via closed circuit televisions (CCTVs) in his cabin before closing the door.

There are emergency talk-back units (through which passengers can talk to crew in case of emergency) and CCTVs are provided in all coaches for safe and secure travel, officials had said earlier.

CCTV cameras on both sides of driving cab would help the driver monitor the movement of passengers on the platform before closing the doors and starting off.

ICF would roll out six such trainsets.