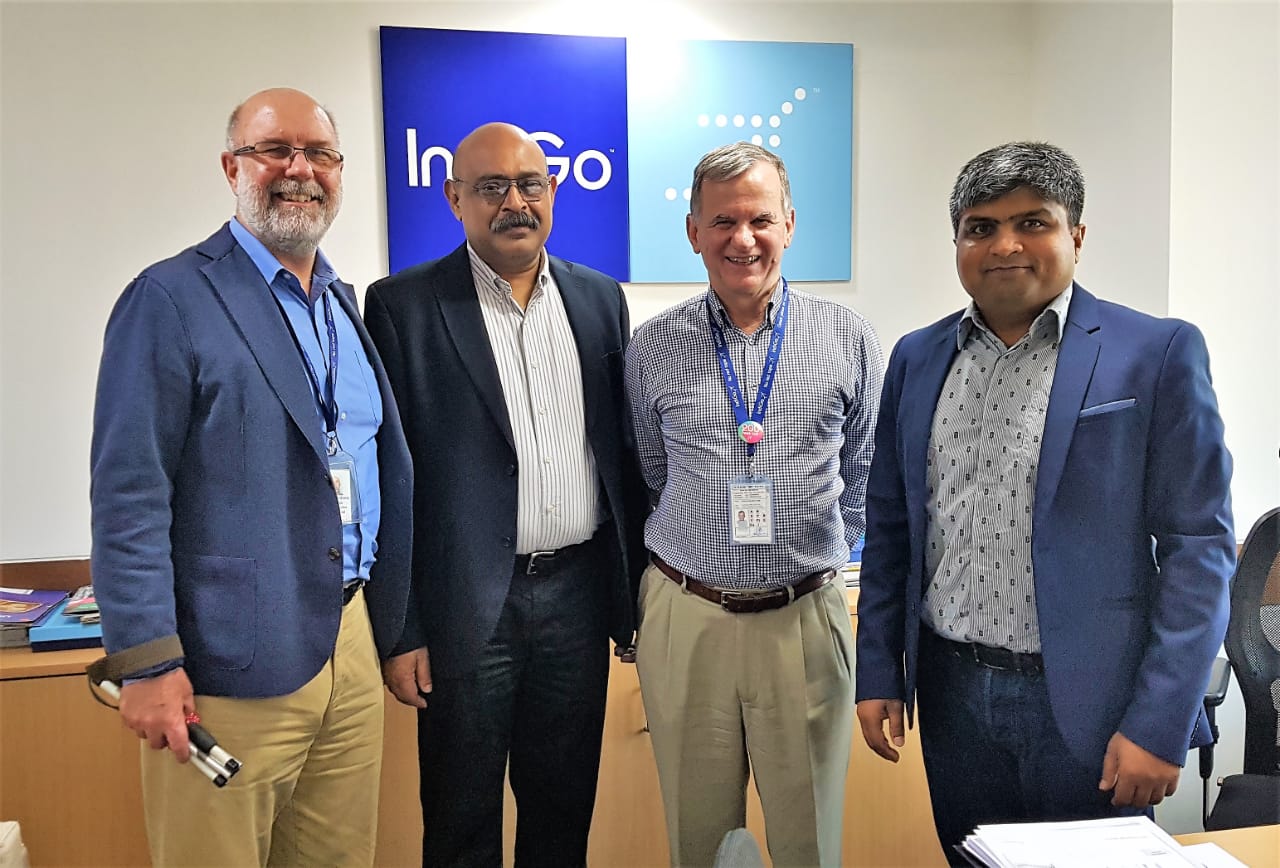 Bhubaneswar: India’s largest airline – Indigo has been requested to consider more flights from the Biju Patnaik International Airport (BPIA) in Odisha capital and to actively look at the regulatory and operational feasibility of the same.

The delegation had freewheeling discussions with these two senior officials of Indigo airlines. Michael was of the firm view that today, aviation has become the most important form of connectivity, particularly from trade, commerce and tourism point of view. He also said that they were happy with the way their domestic operations have panned out from the Bhubaneswar airport and they were indeed looking at Bhubaneswar as an engine of growth for the airline.

Patnaik briefed the officials about the current international operations from Bhubaneswar which is to Kuala Lumpur and Bangkok. According to Patnaik, currently there is a huge need to link Dubai with Bhubaneswar. Dubai is an international gateway for transit passengers and has excellent connectivity to European and American destinations. In addition to this, many flights operate to the African continent also. With a direct flight to Dubai, Bhubaneswar’s connectivity with the western world and Africa gets a huge boost. This will contribute substantially to trade and tourism of the state. Patnaik also highlighted the proactive support and interest of the Government of Odisha in promoting international air connectivity for the state.

Patnaik also requested for a direct flight to Pune and Varanasi and international connection to Colombo and Singapore. With Singapore coming into the radar, entire South East Asia would get connected with the capital of Odisha and even connect to the Far East and west coast of North America. With connection to Colombo and Varanasi, the Buddhist tourist from Sri Lanka can have Odisha in their itinerary.

The delegation also impressed upon the need for Indigo to start services to Odisha’s second commercial airport – Veer Surendra Sai Airport in Jharsuguda. Panigrahi said that the officials were told Jharsuguda falls under the flight path from Delhi to Bhubaneswar and is the gateway to Western Odisha, a region rich in minerals and plenty of industrial activity. Indigo officials sought for more information on Jharsuguda to be able to evaluate flight operations.