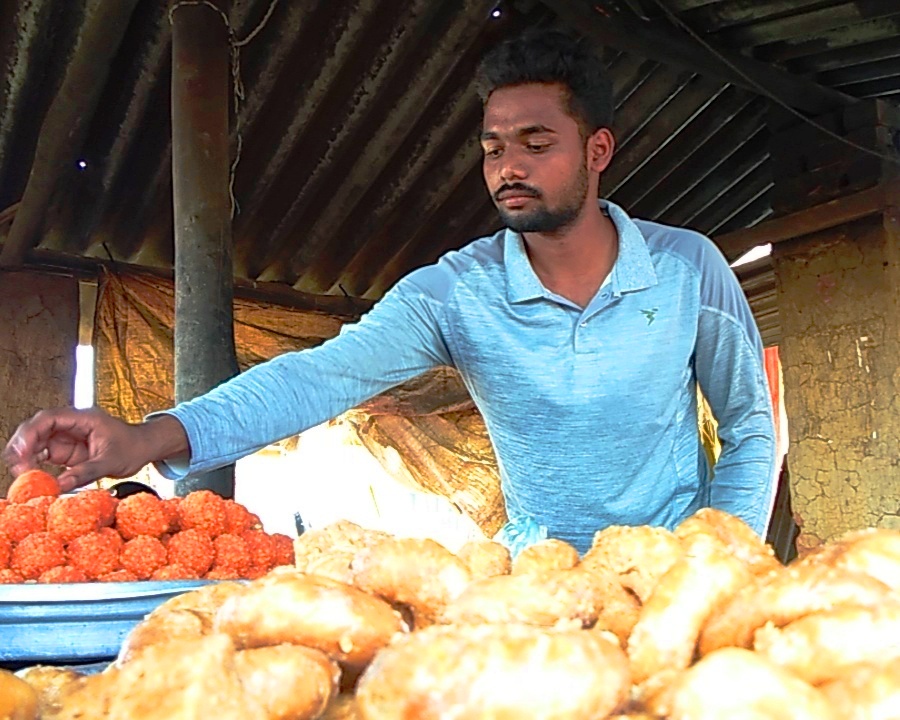 Keonjhar: For 20-year-old Bhawani Sankar Behera, whose family runs on a roadside eatery, it was not less than a dream to crack Odisha Joint Entrance Examination (OJEE), results of which were declared yesterday.

A native of of Pipilia village under Ghatgaon block in Keonjhar district, Bhawani has topped OJEE in BSc Lateral Entry. The world stopped for a while for him soon after he heard the news yesterday.

Son of Guru Charan Behera, owner of the roadside eatery, Bhawani spends his day in the tiffin shop accompanying his father and do his studies during night hours. He had scored 62 per cent in Matric examination and has completed his Graduation in Science. Though poor financial background has always been an obstruction in his studies, Bhawani has never stopped dreaming to be an engineer.

“It is a ‘dream-come-true’ moment for me. I never thought that I would top the entrance test though I had expected only a good rank,” said Bhawani, who wants to pursue engineering in a good college.

Happy though, Bhawani’s proud parents now seek financial assistance from the state Government that would help their son for his higher studies.

“I am feeling very happy for my son’s achievement. But at the same time, I am worried about his higher studies. I urge the state Government to extend financial support for my son,” said his proud father.

Tenure of Odisha contractual doctors to be extended by two years