Feeling offended after being abused and thrashed by PET, the girl had jumped off third floor of the school building yesterday. 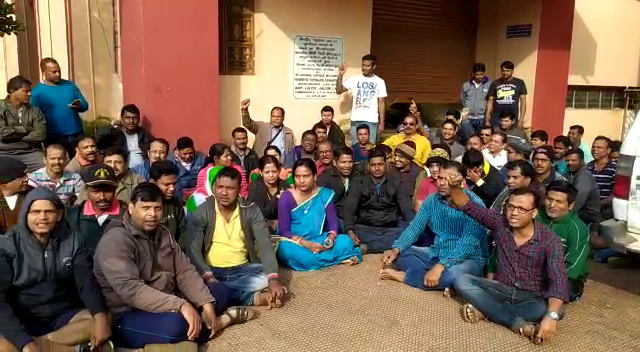 Bhubaneswar: After a Class 11 girl student of Kendriya Vidyalaya III in Gadakan area here attempted suicide yesterday after being allegedly abused and thrashed by a Physical Education (PE) teacher, family members of the student along with several other parents today sat on a dharna in front of the KV Sangathan Deputy Commissioner office this morning.

Reportedly, feeling offended after being abused and thrashed by the PET, the girl went upstairs and jumped off third floor of the building. The minor girl, who sustained severe injuries, was first rushed to the Railway Hospital in Mancheswar here before being shifted to a city-based private hospital.  She was undergoing treatment in the ICU of the hospital till last reports came in.

Doctors said the girl’s condition is critical as she has fractures in both of her legs and deep injuries in chest. Besides, she has also sustained injuries in her head and other parts of the body.

Meanwhile, the girl’s father lodged a complaint at Mancheswar police station, acting on which the cops went to the school for an inquiry.

Looking forward to making best use of opening opportunity: KL