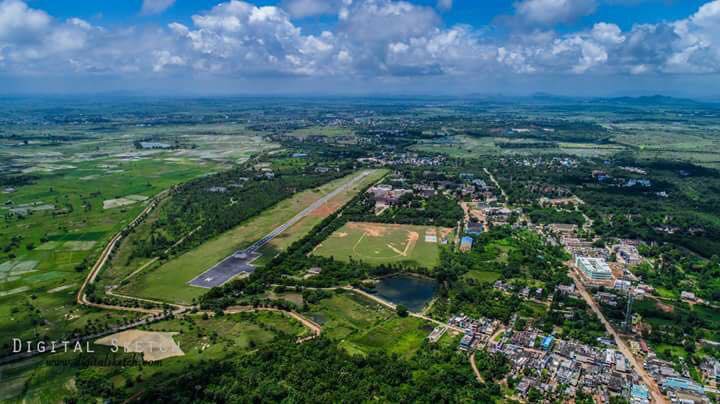 Bhubaneswar: 2017 marks the 150th year of the fourth largest city of Odisha, Berhampur being declared as a municipality. On this occasion, Berhampur Municipal Corporation roped in filmmakers from Bhubaneswar to create an enthralling video documenting landmarks, monuments and people of the city in the oldest district of Ganjam.

Digital Sketch Films and eight of its crew members from Odisha capital and Berhampur shot for 12 straight days in the town and produced the video on YouTube in September this year, after a month of planning and scheduling.

“I hail from there, so obviously I know a lot about the place. I also got in touch with a few locals who guided me in location selection. The people of Berhampur dream of a developed and better city. They were eager to be a part of this video and cooperated a lot. We had to make sure we showcased the city with its candid essence,” said Eureka Apta, founder of Digital Sketch Films, who collaborated with the local municipal corporation for the first time for this project.

It was challenging for Eureka and his team to represent the city as it was. The narrow lanes and the development aspects of the city had to be shown in a single frame, simple lives of the people juxtaposed with the complexities modernity brings.

This four-minute-long video extensively portrays the rich cultural heritage of the Silk City, along with its cuisine, traditional dance forms, religious sites, lanes, major road junctions, market places, artists, etc. with a delightful background score. It features many famous people from Berhampur such as Harhar Dash and Prince Dance Group.

“Berhampur has never been shot professionally. Locals have seen less of professional cameras and crew. The passersby who saw us, stopped and enquired about the shoot,” recollected Eureka, who has earlier shot in Gopalpur and Tara Tarini shrine, as well.