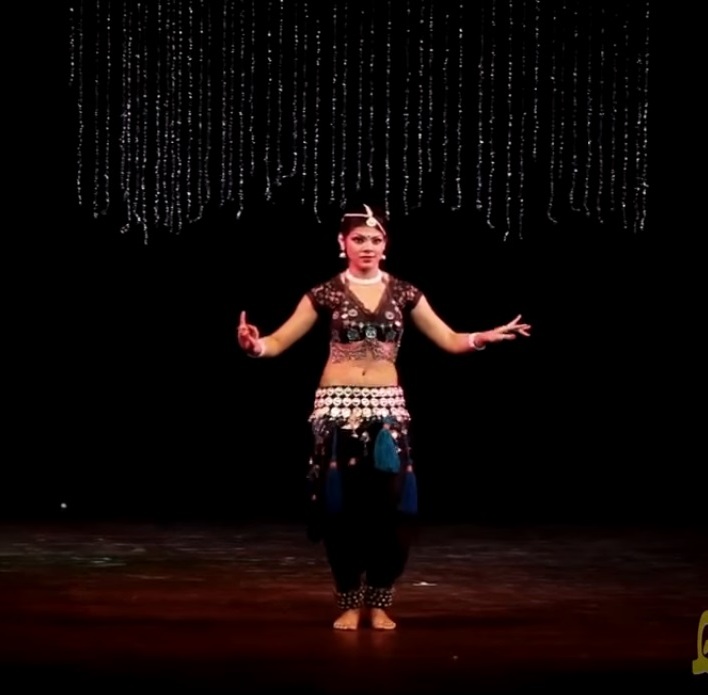 Bhubaneswar/ New Delhi: The classical performance art form Odissi has always been known for its graceful movements and expressions. It exudes elegance and poise. Add to that the percussive and fluid movements of alluring belly dance and voila! That’s recipe for an incredible contemporary dance fusion performance.

Nitisha Nanda, a professional Odissi dancer is known to blend these two divergent dance forms by drawing out their dissimilarities and seamlessly complementing them. “It started as an experimental piece during a performance. The audience welcomed it with open arms and I realised that this could be something that can aid in the promotion of Odissi,” said Nitisha.

This 28-year-old has been dancing since the last 19 years and was trained by Guru Hare Krishna Behera and later, Ipsita Behoora. She is currently under the tutelage of Sharon Lowen. Born and brought up in New Delhi, Nitisha is a known name in New Delhi’s performing arts circle and has performed in stage shows across the world.

“Odissi is largely based on hand gestures, torso movements and foot work. Raqs Sharqi aka belly dancing is all about waist and hip movements. Moreover, Odissi is a temple dance style and belly dancing is a social dance form. They are diverse, but they blend effortlessly when it comes to technique,” said the Delhi University alumni with a Bachelor’s degree in Psychology.

She uses the vocabulary of Odissi dance style and belly dancing in her fusion performances and uploads them on YouTube. “People who were not aware of Odissi in India and beyond are in awe of this dance form. I get correspondence from people who tell me that they are in love with Odissi after seeing those videos.

She also teaches Odissi apart from belly dancing as a senior instructor at the Banjara School of Dance, a well-known belly dancing school in Delhi and about 40 girls at a children’s home in Noida.

She has been a part of the Banjara troupe that participated in reality shows such as India’s Got Talent (season 1), Entertainment Ke Liye Kuch Bhi Karega, Nach Baliye and was a finalist in Dance + (season 1).

She also runs a wedding planning company called ‘Shaadi Brigade’. Her father hails from Sambalpur and mother, from Rourkela.