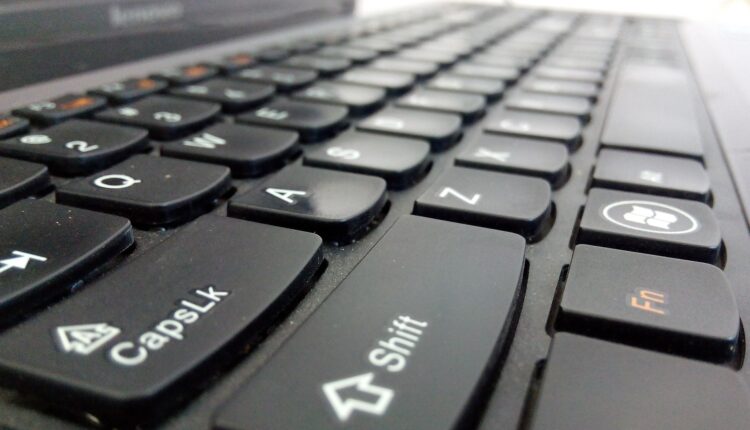 International Caps Lock Day, October 22 and June 28, is a holiday that needs two days on the calendar to be given its due. Software developer Derek Arnold created the original day to poke fun at “typographical conventions.” But it became the day we provoke Internet friends and colleagues and raise awareness that writing in all caps is not proper etiquette. Arnold added the second day in honor of boardwalk-bred Billy Mays, the “As Seen on TV” pitchman, who worked with his volume up. So push the Caps Lock key down and give somebody a shout out.

It was 2000 when Derek Arnold, a software developer in Iowa, chose October 22 as the day when everyone should press the Caps Lock key and type only in upper case letters. He said, “International Caps Lock Day is in fact a testament to the small-mindedness of certain Western individuals: the majority of the world’s population writes in scripts which have no concept of letter casing. Therefore it is advised not to laugh at anyone who invokes this day as an excuse to dismiss local typographical conventions: they are simply making an ass out of themselves.”

Arnold sent a tongue-in-cheek message to everyone who accidentally fat-fingers the Caps Lock key in daily life (U GONNA WEAR THE SAME THING U WORE TO BECKY’S WEDDING TO MADISON’S WEDDING??) or in professional communications on the job (JUST CHECKING IN TO SEE WHETHER YOU’RE GOING TO HAVE THE AMALGAMATED MARSHMALLOW SYSTEMS PROPOSAL READY BY 10 AM THIS MORNING?).

He wanted to remind us that upper case letters look like shouting, which is not nice. Because the recipients of our communications can’t gauge our volume or see our facial expression or body language, they can easily interpret our caps as ANGER, which is also not considered nice.

Before computers and shift-lock, most typewriters only produced capital letters way back in the olden days. During the 1870s, typewriter manufacturer Remington figured out an economical way to type both upper and lowercase letters. It did so by placing two symbols or letters, such as upper and lower case, on each typebar — the piece of metal that struck the letters onto the paper. To switch between the two symbols, writers used a Shift key, which physically moved the entire type bar apparatus.

Now, some people call the Caps Lock key, “the Billy Mays key” — a reference to the infomercial icon with the booming voice who exhorted us to call the 800 number and BUY NOW! So when Mays died on June 28, 2009, Arnold paid homage by adding a second, albeit secondary, day for celebrating International Caps Lock Day to the calendar.

Derek Arnold created Caps Lock Day with the idea to poke fun at people who often use this kind of typing style. But it is also an appropriate day to make people aware of how irritating they can be when they type in caps, and also when caps should be used.