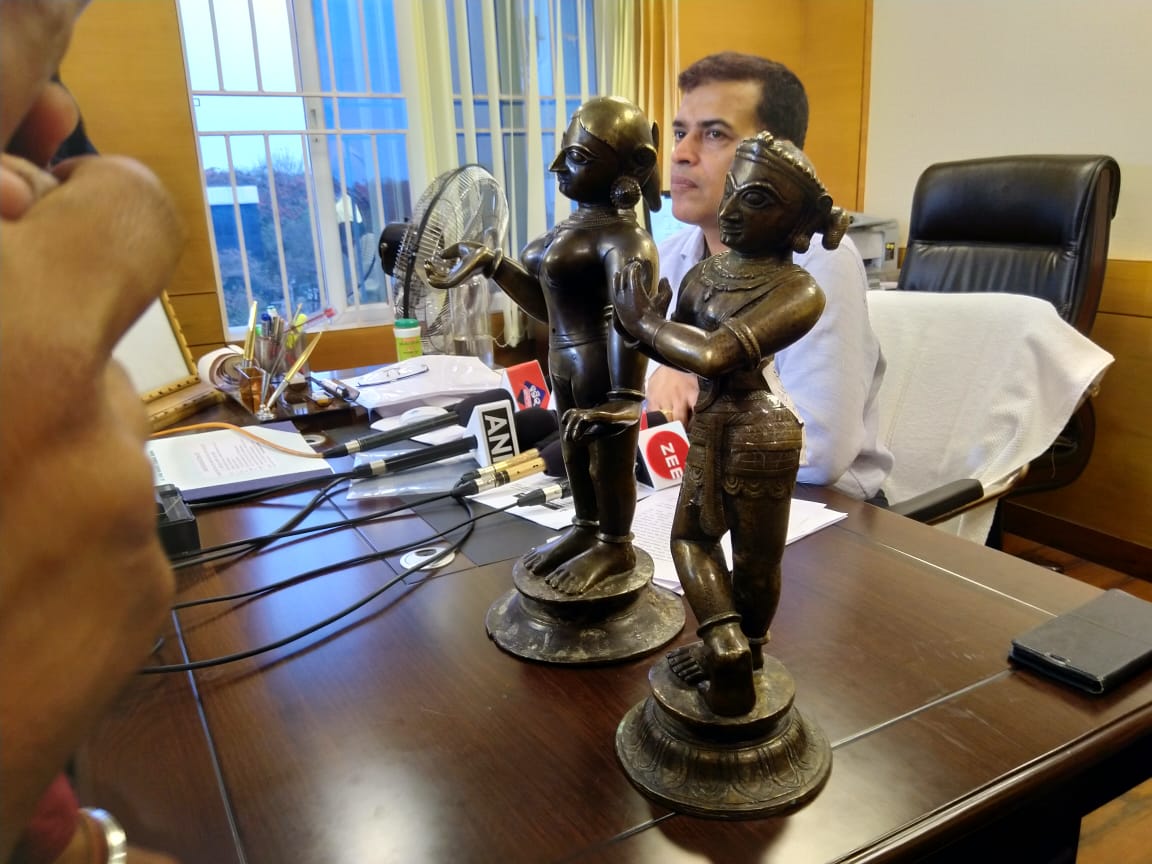 Bhubaneswar: A team of Special Task Force (STF) of the Crime Branch of Odisha police today claimed to have busted an international racked involved in rare idol smuggling with arrest of an accused.

Acting on specific information, the team raided the house of one Sayed Zilnoor alias Kata alias Raja of Jadupur under Khandagiri police limits in Odisha capital last night. The cops seized two idols made of asta dhatu weighing 18.440 kg and 12.60 kg from the possession of Zilnoor. When asked to furnish documents, the accused failed to produce any.

“It came to the light that the above named person and his associates with criminal conspiracy used to procure such valuable idols from various temples for seling for pecuniary gain. The cost of the seized idols would be around Rs 2.5 crore in international market,” an official of the STF said.

The accused was arrested and forwarded to court today.

The accused and his associates seem to have involvement having inter-state/international ramification, the official added.