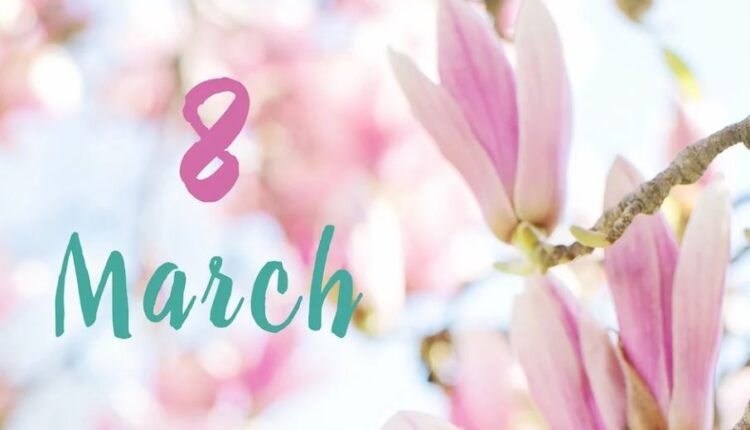 International days and weeks are occasions to educate the public on issues of concern, mobilize political will and resources to address global problems, and celebrate and reinforce the achievements of humanity. The existence of international days predates the establishment of the United Nations, but the UN has embraced them as a powerful advocacy tool.

International Women’s Day first emerged from the activities of labour movements at the turn of the twentieth century in North America and across Europe. In 1908, great unrest and critical debate were occurring amongst women. Women’s oppression and inequality were spurring women to become more vocal and active in campaigning for change.

The seeds of it were planted in 1908 when 15,000 women marched through New York City demanding shorter working hours, better pay, and the right to vote. It was the Socialist Party of America who declared the first National Woman’s Day, a year later. In 1909, in accordance with a declaration by the Socialist Party of America, the first National Woman’s Day was observed across the United States on February 28.

The Socialist Party of America designated this day in honour of the 1908 garment workers’ strike in New York, where women protested against working conditions. Women continued to celebrate National Woman’s Day on the last Sunday of February until 1913. In 1910, a second International Conference of Working Women was held in Copenhagen.

The idea to make the day international came from a woman called Clara Zetkin, leader of the ‘Women’s Office’ for the Social Democratic Party in Germany. She proposed that every year in every country there should be a celebration on the same day – a Women’s Day – to press for their demands.

The conference of over 100 women from 17 countries, representing unions, socialist parties, working women’s clubs – and including the first three women elected to the Finnish parliament – greeted Zetkin’s suggestion with unanimous approval, and thus International Women’s Day was the result. It was first celebrated on 19 March 1911, in Austria, Denmark, Germany, and Switzerland. More than one million women and men attended International Women’s Day rallies campaigning for women’s rights to work, vote, be trained to hold public office, and end discrimination.

However, International Women’s Day (IWD) has been observed since the early 1900s – a time of great expansion and turbulence in the industrialized world that saw booming population growth and the rise of radical ideologies. The fact that Women’s Day is celebrated on March 8th is strongly linked to the women’s movements during the Russian Revolution (1917), where on the same date women gained suffrage in Soviet Russia. Later, March 8 became a national holiday and the day used to be celebrated by the communist countries and socialists’ movement.

But the first milestone in the US was much earlier – in 1848. Indignant over women being barred from speaking at an anti-slavery convention, Americans Elizabeth Cady Stanton and Lucretia Mott congregated a few hundred people at their nation’s first women’s rights convention in New York. Together they demanded civil, social, political, and religious rights for women in a Declaration of Sentiments and Resolutions. A movement was born.

International Women’s Day was celebrated for the first time by the United Nations in 1975. Then in December 1977, the General Assembly adopted a resolution proclaiming a United Nations Day for Women’s Rights and International Peace to be observed on any day of the year by the Member States, in accordance with their historical and national traditions.

The centenary was celebrated in 2011, so this year we’re technically celebrating the 110th International Women’s Day. In the United States, President Barack Obama proclaimed March 2011 to be “Women’s History Month”, calling Americans to mark IWD by reflecting on “the extraordinary accomplishments of women” in shaping the country’s history.

The theme for 111th International Women’s Day, (8 March 2022 (IWD 2022) is, “Gender equality today for a sustainable tomorrow”, recognizing the contribution of women and girls around the world, who are leading the charge on climate change adaptation, mitigation, and response, to build a more sustainable future for all. Climate change adaptation is the process of adjusting to current or expected climate change and its effects. For this year’s International Women’s Day, UN Women has partnered with the visual artist Burcu Köleli to develop imagery illustrating the 2022 theme “Gender equality today for a sustainable tomorrow”.

Last year, the theme for International Women’s Day (8 March), was “Women in leadership: Achieving an equal future in a COVID-19 world,” which celebrates the tremendous efforts by women and girls around the world in shaping a more equal future and recovery from the COVID-19 pandemic and highlights the gaps that remain.

The International Women’s Day theme for 2022 is #BreakTheBias, which highlights the importance of challenging biases and misconceptions in the interest of creating a more inclusive and gender-equal world. Imagine a gender-equal world. A world free of bias, stereotypes, and discrimination. A world that is diverse, equitable, and inclusive. A world where difference is valued and celebrated. Together we can forge women’s equality. Collectively we can all #BreakTheBias.

Similarly, the campaign theme for the 2021 International Women’s Day was “#ChooseToChallenge #IWD202”, with the idea that we can all choose to call out gender bias and inequality, as well as choose to seek out and celebrate women’s achievements. The theme of International Women’s Day 2020 was : #EachforEqual in 2020; for 2019 was #BalanceforBetter; for 2018, #PressforProgress, for the 2017 #BeBoldforChange, and for the 2016 theme was #PledgeforParity. In 1996, the UN announced their first annual theme “Celebrating the past, planning for the Future” which was followed in 1997 with “Women at the Peace table”, in 1998 with “Women and Human Rights”, in 1999 with “World Free of Violence Against Women”, and so on each year until the current.

The Beijing Declaration and Platform for Action emphasizes the need to address inequality between men and women in the sharing of power and highlights women’s equal access to and full participation in decision-making as a critical strategy for achieving equality for women and girls. It also emphasizes that all people have an equal right to participate in their country’s government through public office and informal leadership.

The United Nations Observance of International Women’s Day under the theme, “Gender equality today for a sustainable tomorrow”, will be marked by a high-level virtual (TBC) event on Tuesday, 8 March 2022, 10–11.30 a.m.

The Secretary-General of the United Nations, the President of the General Assembly, the Chair of the Commission on the Status of Women, the Executive Director of UN Women as well as gender equality and climate change activists and celebrities will participate. The event will be followed by a high-level panel discussion and musical performances.

The theme for International Women’s Day is aligned with the priority theme for the upcoming 66th Commission on the Status of Women (CSW66): “Achieving gender equality and the empowerment of all women and girls in the context of climate change, environmental and disaster risk reduction policies and programmes”.

Advancing gender equality in the context of the climate crisis and disaster risk reduction is one of the greatest global challenges of the 21st century. Women are increasingly being recognized as more vulnerable to climate change impacts than men, as they constitute the majority of the world’s poor and are more dependent on the natural resources that climate change threatens the most.

At the same time, women and girls are effective and powerful leaders and change-makers for climate adaptation and mitigation. They are involved in sustainability initiatives around the world, and their participation and leadership result in more effective climate action.

Continuing to examine the opportunities, as well as the constraints, to empower women and girls to have a voice and be equal players in decision-making related to climate change and sustainability is essential for sustainable development and greater gender equality. Without gender equality today, a sustainable future, and an equal future remains beyond our reach.

It may be noted that 70% of the 1.3 billion people living in conditions of poverty are women. In urban areas, 40% of the poorest households are headed by women. Women predominate in the world’s food production (50-80% ), but they own less than 10% of the land. Around 80% of the displaced by climate-related disasters and changes around the world are women and girls. Climate change may lead to more gender-based violence, an increase in child marriages, and worsening sexual and reproductive health.