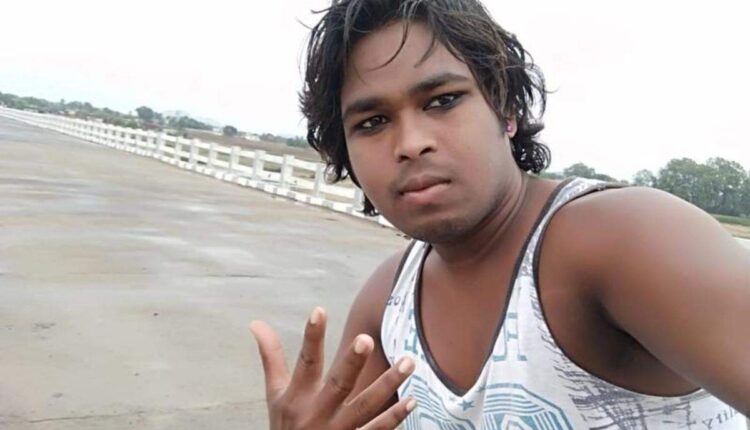 Bhawanipatna: Duleshwar Tandi aka Rapper Dule Rocker of Odisha’s Kalahandi district  who had become an overnight sensation last year for his rap song illustrating the plight of migrant labourers during COVID-19 lockdown is once again in news, but for wrong reasons.

On May 19, the 28-year-old tuition teacher, who is also an occasional migrant worker, had posted a video song of him on social media that promotes ‘vulgarity’ and hampers the dignity of women.

Yesterday, three  police complaints were lodged against the tribal youth of Borda village in the district after the video song went viral on social media drawing strong criticisms from different quarters.

“The song disrespects women. I strongly object use of such lyrics that directly hamper the dignity of women. The rapper has admitted to his misconduct and apologized through a post on Facebook stating that he has done the song with peer amusement,” said the complainant requesting the cops to look into the matter and take action against the singer, editors and others associated with the video song as per law.

Another Sunil Kumar Munda of Kalimandir Pada here has lodged a similar complaint against  Duleshwar at the police station while Kalahandi Kosal Sena registered a written complaint at Koksara police station.

When asked, Kalahandi SP Dr Saravan Vivek said,” We have received the complaints. Action will be taken as per law after investigation.”