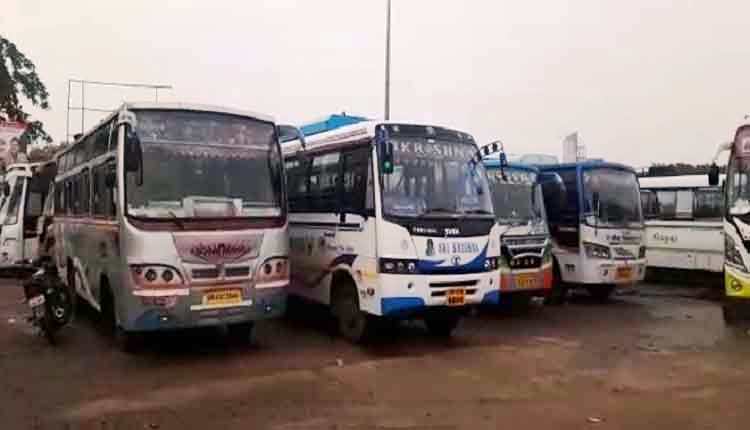 Bhubaneswar: All interstate bus operation to and from Odisha will remain suspended from March 23 till further orders in view of COVID-19, said an official on Sunday.

Subroto Bagchi, chief spokesperson of Odisha government on COVID-19, said inter-state buses coming from other states will not be allowed to reach their destination in Odisha after 11 a.m. on March 23.

Similarly, no inter-state bus will be allowed to operate to other state from Odisha after 11 a.m. on March 23.

However, the government has decided that all permitted goods vehicles shall be allowed to move unhindered during the lockdown period.

The state government has constituted a state-level monitoring unit on goods and services. The committee shall assess requirements and monitor flow of goods and take actions to remove bottlenecks if any.

It will also create a platform to facilitate traders and transporters to air their issues and resolve the same, said Bagchi.

There will be no restriction on movement of permitted goods including coal and other minerals to ensure smooth supply chain, said Bagchi.

Wholesale markets shall function 24X7 on rotation basis with time slotting for different wholesalers to operate to avoid overcrowding in the market.

So far, two persons have been infected with deadly Coronavirus in Odisha.