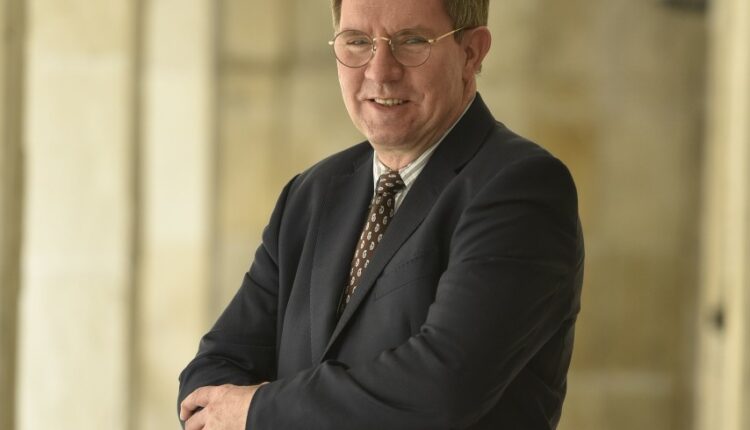 Nick Low is the British Deputy High Commissioner to Kolkata. He represents the United Kingdom in the thirteen Indian states of Odisha, West Bengal, Arunachal Pradesh, Assam, Bihar, Chhattisgarh, Jharkhand, Manipur, Meghalaya, Mizoram, Nagaland, Sikkim and Tripura and in the Union Territory of Andaman and Nicobar Islands. He completed one year of his tenure today.

On his first work anniversary, Mr. Low shares his thoughts in a freewheeling interview with Sambad English:

Q 1: India and the UK have forged a culturally vibrant ‘Living Bridge’ between the two great nations over the years. Please shed light on this idea of ‘Living Bridge’.

Nick Low: Prime Minister Narendra Modi coined the phrase ‘Living Bridge’ to describe the strong people-to-people relationships that exist between the UK and India, calling it an ‘unbeatable combination’ and rightly so. Our countries share a unique bond that sits separate from the government-to-government relationship. The UK has a lively Indian diaspora of over 1.5 million people whom make an immense contribution across all walks of life. In the medical sector, for example, there are more than 27,000 Indian healthcare professionals working in our National Health Service (NHS). This connection goes both ways. An example is ‘The Neurosurgeon of the Millennium’, Dr. Robin Sengupta, who returned from the United Kingdom after four decades to establish a cutting-edge neuroscience research and treatment centre in Kolkata – the Institute of Neurosciences.

Another mainstay of the Living Bridge is education, with Indian students making up one of the largest group of international students in the UK. In the last financial year, nearly 50,000 Indian nationals got visas to study at our world-leading universities, an increase of 136% year-on-year.

Bangla is the most widely spoken ‘foreign’ language in London and I was pleased to see the news about a Jagannath Temple being built in what is my home town as well. The UK and India embrace each other’s culture and traditions. We have the same legal system, share a passion for cricket and chicken tikka masala has displaced fish and chips as Britain’s national dish. All this and more make up the incomparable Living Bridge between our nations.

Q 2 : How has the COVID 19 pandemic affected the ‘Living Bridge’?

Nick Low: The Covid-19 pandemic is the biggest public health emergency in a century, with no country left untouched or unaffected. The only way out of it is through decisive and coordinated action on a global scale.

I firmly believe our Living Bridge will emerge stronger than ever. The UK and India are playing a major role in the international response to the pandemic as a force for good. From the collaboration between AstraZeneca and Serum Institute of India to manufacture Oxford University’s “Covishield” vaccine to the ambitious G20 action plan that was drafted jointly by British and Indian officials. We received excellent support from the Government of India during the repatriation of stranded UK nationals during the Lockdown and we were grateful to India for approving the export of 2.8 million packets of paracetamol and 11 million medical-grade facemasks to the UK.

In addition to the thousands of Indian professionals working on the frontlines of the NHS, there are a plethora of wonderful stories – Chandra Dutta from Kolkata who works in Oxford’s research team; academic Sumi Biswas, also from Kolkata, who leads a team that is working to split the protein from the Coronavirus; and the various diaspora groups who are doing their bit as volunteers. Mercifully the pandemic will pass; our Living Bridge is here to stay.

Q 3 : Expiring work and student Visas are a major concern for people in India who are working or studying in the UK. What are the changes in the Visa policies and what steps are being taken to troubleshoot these issues?

Nick Low: I’m very much aware that the last six months have been a trying time for Indian nationals with jobs, families or courses in the UK, who found themselves unable to return because of lockdown. We’ve worked very hard to help the many individuals who’ve contacted us for assistance. I’m delighted that we’re now almost there. One of my last outstanding cases wrote me the most charming message a couple of hours ago after receiving her visa. For those in the UK, we’ve ensured visa rules are as flexible as possible because of the difficult circumstances. While travel restrictions were in place, we extended visas for international students who were unable to return. And we’ve modified visa rules to ensure students can study online until they are able to travel to the UK for in-person tuition. This includes giving students up to 90 days to enter the UK on their visas, which gives them more flexibility to travel.

Q 4 : Given the advent of digital education and online courses, what avenues are available for students in India to receive education and get a degree without having to travel to the UK?

Nick Low: We are proud that so many students from India choose to study in the UK, but understand that the pandemic will influence their plans for the near future. So, I’m pleased to confirm that distance (online)/blended learning will be permitted for the 2020-21 academic year, provided students intend to transition to face-to-face learning as soon as circumstances allow. Students for the current academic year should note that to apply for the Graduate Route (that’s the UK’s post-study work permit) they need to enter the United Kingdom before 6 April 2021 and complete the final semester of their studies in the UK. In answering your question though, I have to say that going to university in my country is about so much more than academic study. It’s an affirming, life-enhancing, enriching experience, which is why we have such high student experience satisfaction rates.

Q 5. Will there be change in the immigration policy in terms of post-study work opportunities, in view of the corona crisis?

Nick Low: I’m delighted that we are making positive changes to the UK’s visa system as part of our plan to create a new, points-based system that treats all people fairly. What will matter is the skills you have, rather than where you are from. I believe that India will benefit from this. The UK will introduce the new, internationally competitive Graduate Route for international students in summer 2021. This will allow eligible international students – including those from India – who have completed undergraduate or master’s degrees to stay for two years and those who have completed PhD to stay for three years to work or look for work.

Q 6 : The British Deputy High Commission has been working on green recovery for Kolkata. What about the expansion of this initiative into other parts of east India, such as Bhubaneswar?

Nick Low: The UK has been working in partnership with the Government of Odisha for over 25 years to support inclusive urban development, investment in infrastructure, structural reforms in the power sector and sustainable climate-resilient growth through a combination of technical assistance and development capital. Ongoing and proposed interventions are being shaped to address public health considerations and respond to large-scale migration and unemployment caused by Covid-19. This includes the £25 million Infrastructure for Climate Resilient Growth (ICRG) programme in six states, including Odisha.

We have an active British Information Centre in Bhubaneshwar (temporarily closed in line with health and safety precautions) that serves as a repository of information on the UK.

Q 7:  What are your travel plans regarding Odisha as your predecessor was a frequent visitor here? Which places do you plan to visit during your trip to Odisha?

Nick Low: I did ‘virtually’ visit Odisha in August this year, as a speaker in the SAIMUN 2020 conference organised by SAI International School.

My predecessor, Bruce Bucknell, spoke very fondly of his travels to Odisha. Of the many beautiful sights including Konark and Jagannath temples, of the admirable resilience of the people despite the numerous cyclones, and of the many traditional crafts such as silk weaving and silver work. I love the ‘Odishaaah!’ tourism promotion campaign – it’s brilliant! So, I’ve a long-list of places to see and things to do when I am able to travel to your state – and look forward to it eagerly.

This interview was conducted by email.