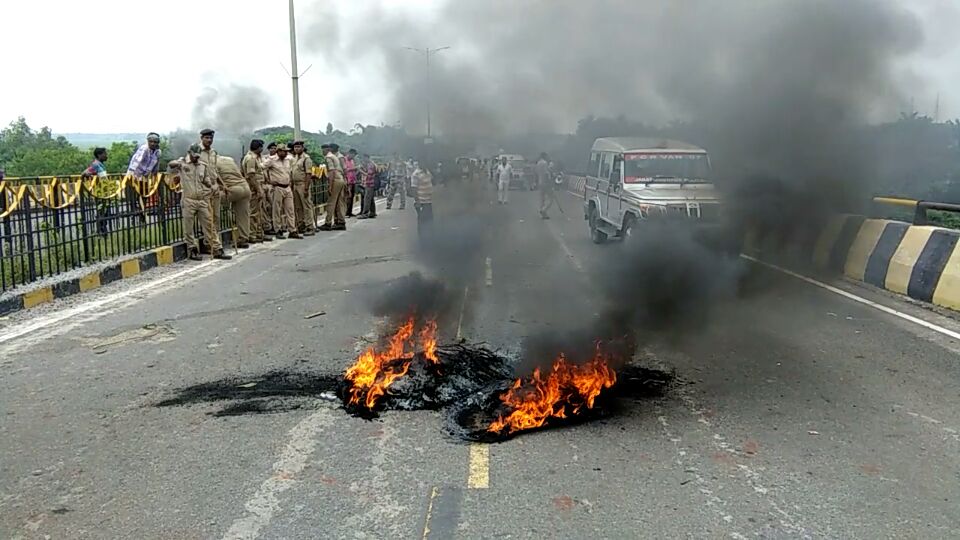 Jagatsinghpur: A day after the death of Santosh Sahu (32), a contractual labourer at refinery of Indian Oil Corporation (IOCL) at Paradip in Odisha’s Jagatsinghpur district, locals today blocked road at two places demanding compensation for the family of the deceased.

They also demanded job to one of the family members of Sahu at IOCL, reports said.

While the kin of Sahu staged a sit-in near IOCL’s gate no 4, residents of Kabalpur village, from where Sahu hails, staged road blockade on Raniagarh and Trilochanpur bridges to press their demands.

On being informed, police reached the spot and tried to pacify the agitators.

Notably, Sahu fell unconscious yesterday morning while working with other labourers and was hospitalised.

However, doctor declared him brought dead at the hospital.

Girl gang-raped by eight in Jharkhand