IPL 2021: Here’s what Dhoni told Jadeja before record 37-run over 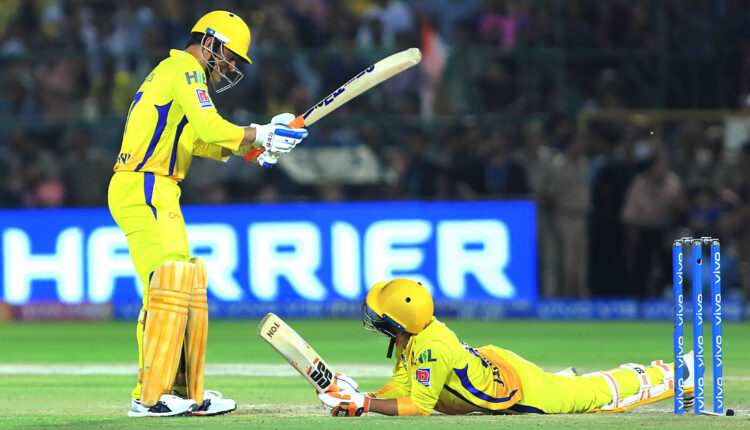 His 37 runs, including five sixes, off the last over in the first innings equalled the record for most runs scored in an over in this tournament’s history.

Jadeja, who won the man-of-the-match for his all-round performance against RCB, has spilled the beans on how skipper MS Dhoni helped him smash those five sixes off Harshal Patel at the Wankhede Stadium in Mumbai yesterday.

He revealed Dhoni told him that Harshal would look to bowl outside the off-stump.

Zee News quoted Jadeja as saying, “I was looking to hit hard in the last over, Mahi Bhai told me that Harshal will be bowling somewhere outside the off-stump and I was ready for that.”

The all-rounder said he was lucky to have connected the balls from the middle of the bat.

“Luckily I connected with everything and we managed to reach 191, which was crucial over from our side. I knew I had to score some runs if I do get on strike,” he added.

He also admitted that he has been working hard on his fitness and felt lucky that it paid off.

“It means a lot when you contribute for your team in a winning match. I have been working a lot on my fitness, skill and everything else. Luckily, it paid off today. It’s tough as an all-rounder, you’ll have to do well in all departments (batting, bowling and fielding),” he added.