IPL 2022: From being a nets bowler to playing for RCB, pacer Akash Deep’s journey can inspire many 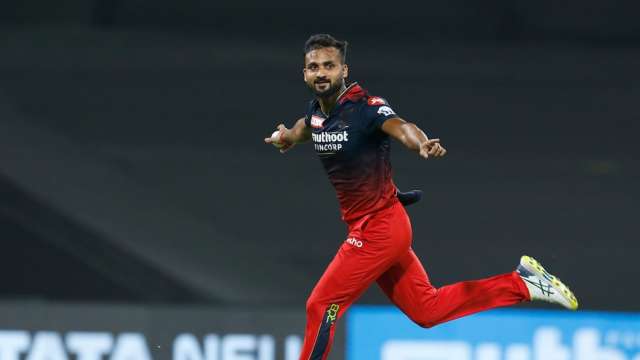 Pune: Royal Challengers Bangalore’s (RCB) pace bowler Akash Deep was so enamoured with the franchise since his childhood days that he always dreamt of playing for them during his growing years. And when the opportunity finally came his way, the 25-year-old knew that he had to gain as much experience as possible despite the limited exposure and make an impact.

He started out as an intern, bowling at the RCB nets during IPL 2021. But cut to 2022, the young pacer has shown he has plenty in the kitty to hang around with the big boys on the big stage.

Growing from strength to strength in the last four games of the 2022 season, Akash was instrumental in restricting Mumbai Indians to 151/6 at the Maharashtra Cricket Association Stadium on April 9, helping his side win the crunch contest by seven wickets.

Not only did he bowl one of the most economical spells on that day — Akash conceded just 20 runs in his four overs, which also included a maiden — but also took the prized wicket of Ishan Kishan when the MI opener looked well set on 26.

Speaking about his experiences with the Bengaluru franchise, who bought him back during the Mega Auction this year, Akash said, “I have liked RCB since my childhood and ever since I’ve known cricket. I used to like RCB a lot because of Virat sir (Virat Kohli) and AB sir (AB de Villiers). I would never miss out on an RCB game even if I missed any other game. I would not watch any other team’s games, but I would watch this team’s right from my childhood. So, even joining up with this team for me was a big deal.”

“During the first 2-3 months after joining up with RCB, I got to learn a lot. When I went back home from here, I realised that the confidence I had gained through this experience helped me a lot in domestic cricket,” he added.

Playing for Bengal at the domestic level, Akash has superb first-class figures of 45 wickets in 11 matches, with an economy rate of 3.16.

However, things didn’t go smoothly for the bowler during the 2021 season as he had to leave the RCB nets mid-season.

“Whenever I come to this ground (Bandra Kurla Complex), it reminds me of the experience. When I was at practice, I got a call from home that my elder aunt was in quite a serious condition, as were my sister-in-law and my mother. They were at the hospital and my mother was home. I went back to the hotel and was hoping to hear that the situation had gotten better. I kept delaying going back for 4-5 days.

“But after five days, I got the news that my elder aunt had passed away, and then my sister-in-law did too. My mother was in quite a critical condition too. I felt that I had to go back because family is very important, and the situation was also very tough,” said the Bengal pacer.

“After going home, I took care of my mother’s medicines, getting her injections. The hospital at our place did not have anything — there were no doctors, no medicines. But, going back helped because even the RCB management had spoken to the people back home, to help arrange for oxygen cylinders; I administered the injections myself. Thankfully, my mother is alright now,” he told RCB Bold Diaries.

Things took a positive turn for Akash, who was drafted into the squad for the second half of the 2021 season in place of the injured Washington Sundar. There has been no looking back since then as he was bought back by RCB in the 2022 auction, and has played every game of the IPL 2022 season thus far.

Tiananmen Square Massacre: A horrifying day that remains as a black mark in China’s history