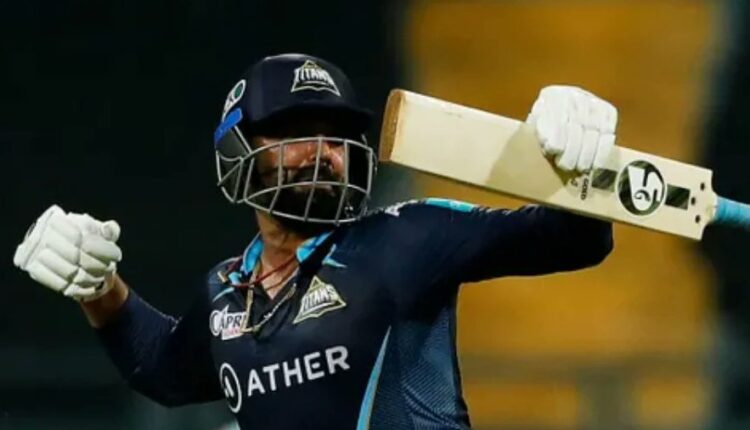 Mumbai: The social media has gone berserk praising Rahul Tewatia’s consecutive sixes off the last two balls of the match as Gujarat Titans (GT) defeated Punjab Kings (PBKS) by six wickets in an IPL thriller at the Brabourne Stadium on Friday.

Tewatia struck the sixes off Odean Smith to snatch victory from the jaws of defeat. From 21 off nine deliveries to 18 off the last five, Tewatia and David Miller brought it down to 13 off three balls when Miller scrambled for a single, leaving Tewatia the unenviable task of hitting two sixes off the last two deliveries of the match and win it for Gujarat Titans, who successfully chased a target of 190.

The 28-year-old first carted Smith over deep mid-wicket with the fielder nearly catching him before falling over the rope. He then played a slog-sweep over the long-on boundary to seal a memorable victory for Gujarat Titans.

Former India cricketer Virender Sehwag said Punjab Kings should have Tewatia’s statue in their dugout. “Waah Lord Tewatia,… Need his statue in Punjab Kings dugout. What a brain fade by (Odean) Smith to concede an overthrow with 13 needed of 2. #PBKSvGT,” tweeted Sehwag.

Former England captain Michael Vaughan was ecstatic with Tewatia’s knock, tweeting, “No tournament gets close to the drama & finishes the #IPL brings… That was ridiculous… #Tewatia.”

Former India cricketer Mohammad Kaif wrote, “Forget Titans, if Tewatia was on Titanic even that wouldn’t have sunk. #GTvsPBKS.”

Former India spinner Amit Mishra tweeted, “Gujarat Titans are yet to be defeated this season. If they continue the same form, we might see other coaches also giving up laptop and picking up pen and paper like (Ashish) Nehra ji (Gujarat Titans head coach).”