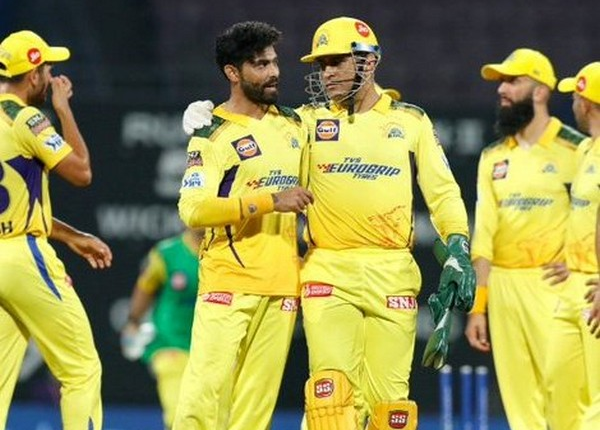 Mumbai: After leading the Chennai Super Kings in the eight games of the ongoing IPL 2022, all-rounder Ravindra Jadeja has decided to relinquish captaincy and hand it back to MS Dhoni, the franchise announced on Saturday.

Dhoni, who had led the CSK since 2008, had given Jadeja the leadership role ahead of the ongoing season. However, an official statement from the defending champions stated that Jadeja has requested Dhoni to take over again so that the all-rounder could concentrate on his game.

“Ravindra Jadeja has decided to relinquish captaincy to focus and concentrate more on his game and has requested MS Dhoni to lead CSK,” the franchise said in a statement.

“MS Dhoni has accepted to lead CSK in the larger interest and to allow Jadeja to focus on his game,” it added.

Four-time champions CSK have made a poor start to the season under Jadeja, winning just two of their eight games so far and are on the brink of missing out on a playoff spot. Jadeja, too, has struggled to perform with both bat and ball, scoring just 112 runs at an average of 22.40 and also picking just five wickets in eight games and conceding runs at 8.19 an over in the IPL 2022.

The 40-year-old, Dhoni’s first game back at the helm will come on Sunday in Pune, against Kane Williamson led Sunrisers Hyderabad.