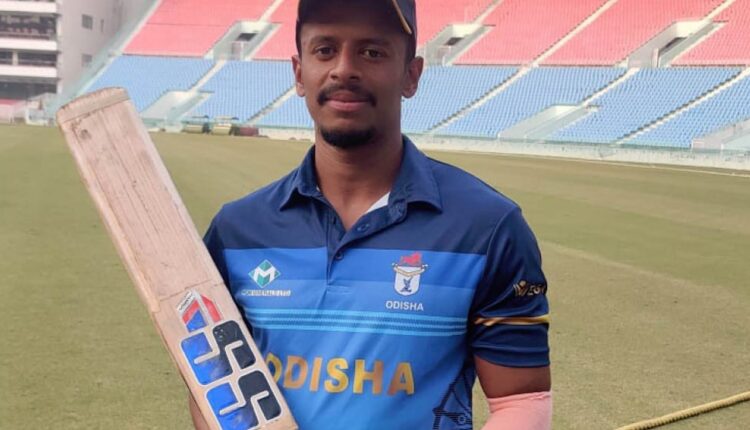 Cuttack: Subhranshu Senapati has been selected for trials for Chennai Super Kings franchisee in the Indian Premier League 2022. This was informed by Odisha Cricket Association (OCA) Sanjay Behera today.

Senapati captained the Odisha team in the recently concluded group-stage of the BCCI Vijay Hazare Trophy.

“His recent performance in the Vijay Hazare Trophy and Syed Mushtaq Ali Trophy has earned him a call up for the trials by the last edition winners – Chennai Super Kings,” said Behera in a statement.

OCA President Pankaj Lochan Mohanty, OCA Secretary Sanjay Behera and other office- bearers of the Odisha Cricket Association wish Senapati for being called up for trials for CSK.

Entrepreneurship to be part of school curriculum: Odisha CM

Use modern tech during probe to increase conviction rate: Odisha CM to cops