IPL 2022: Punjab Kings’ sensation Jitesh Sharma opens up on struggles when he was down in the dumps 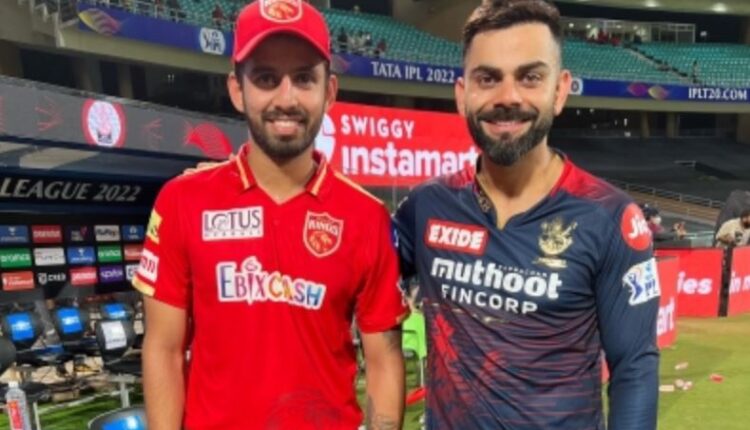 Mumbai: Punjab Kings’ wicketkeeper-batter Jitesh Sharma, who has shown his finishing prowess in ample measure in his debut IPL season, has equated his journey as a cricketer to someone climbing a mountain — one moment at the top and the next moment falling off the peak.

The 28-year-old Vidarbha cricketer played a useful knock of 26 (17 balls) against CSK on debut, going on to score 23 (11 balls) and an unbeaten 30 (15 balls) against the Gujarat Titans and the Mumbai Indians respectively.

But in 2017, the 28-year-old, while at his peak, hit a lean patch and found himself struggle to retain his place in the state team.

“The journey of my career has been like the journey of a person trekking a mountain because. Till 2017, I felt like I was at the peak of the mountain. It doesn’t take too long to fall from there and I had a drop like that in 2017 where I found it very difficult to be in the state team as well,” Sharma told the Punjab Kings website.

He recalled trying to keep calm, and taking baby steps to get back on his feet. “After that, I only focused on taking one step at a time and when I played my first game, I recalled everything that day from my past when I was sitting in the dugout. From where I’ve come, my struggles, all my sacrifices for this moment and all the people who have supported me. I don’t want to disappoint anyone, even myself,” said the 28-year-old.

Sharma would not forged the day he made his debut against CSK, playing against the likes of Mahendra Singh Dhoni, being bowled to by Ravindra Jadeja and having Dwayne Bravo and Ambati Rayudu as close-in fielders.

It is easy for a youngster to get overwhelmed by the icons who he had seen on television growing up, but Sharma said that he gave it all on the field despite being nervous.

“I gave it my all on the field and I was obviously nervous as I faced my first ball,” he said. “I was pumped because of the crowd. I saw MS Dhoni behind me and Jadeja bowling to me. DJ Bravo was to my left. Robin Uthappa, Ambati Rayudu were all around me, who I’ve seen on TV but never seen in real life, so I could feel their vibes around me,” he said.

“My sacrifices and hard work were always with me, that’s why I was very confident and after the moment my bat touched the ball for the first time, everything went back to normal. I was just in the game,” explained Sharma on how he batted away the nerves.

Sharma said that his father has been his greatest motivation.

“My father used to play a lot of cricket and take part in tennis tournaments as well and I used to attend many prize distributions with him. He was a businessman but was always emotionally controlled. Whenever he watched cricket, he was emotionally happy and excited. That’s when I realised if he could see me play cricket, he would be excited like this. My journey started from there and that’s when I thought I could start playing cricket,” he said.

His father has been his biggest cheerleader, and that didn’t change during his debut. “After the match, when I saw my father’s missed call, I called him back even though I was hesitant to call because he has a strict routine. He usually sleeps by 10 pm, but this time, when I called him around 12:30-1 am, he was awake,” the youngster said.

“He was waiting for me to call back. He was so happy that he just told me, ‘Well done, beta!’ Because when my dad uses only two-three words, I know he’s on cloud nine,” he said.

19 beaches in Goa under threat of erosion