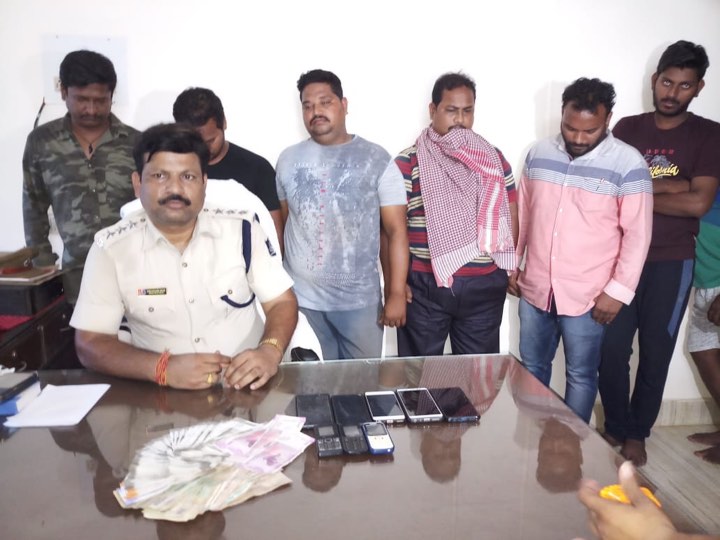 According to reports, police had earlier received information about such a racket and was on alert. The six-member team, led by IIC Bibekananda Swain caught the culprits redhanded and seized cash worth Rs.61,000 and eight mobile handsets, informed SDPO Thakur Prasad Patra.