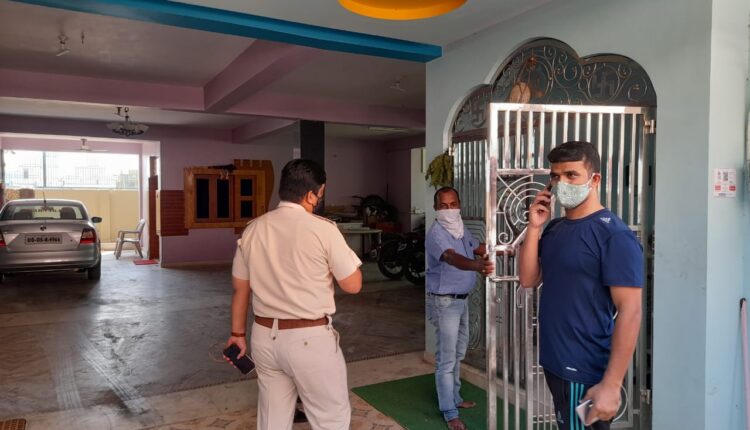 Berhampur: In a major crackdown against betting in IPL 2020 that is nearing its conclusion, the Berhampur police arrested two kingpins of online betting rackets yesterday.

Acting on a tip-off, police conducted raid at different places and arrested two bookies- R Lalie Achary (50) of Ganesh Nagar and K Prashant Kumar Subudhi (43) of Gandhi Nagar and are interrogating them. The cops also seized cash of Rs 33,61,200 from their possession. The raid was conducted by a  team led by Berhampur SP Pinak Mishra.

“It is ascertained that the accused persons used to play in various online betting websites. The accused persons have conspired themselves with the help of agents of different cities like Kolkata, Mumbai, Delhi and DUBAI and collected a huge sum of money from the general gullible public to bet online in IPL cricket with a false assurance of getting a profitable margin of return,” said Gosaninuagaon Police.

The two arrested were running the online betting racket worth crore of rupees in the entire southern region.  However, many other bookies in the city are still absconding and the police have prepared a blueprint to nab them, said a senior police officer.

A few days back, Aska police had arrested three agents involved in betting . During interrogation, it was revealed that the roots of the racket had spread throughout the state, including Berhampur and Bhubaneswar.