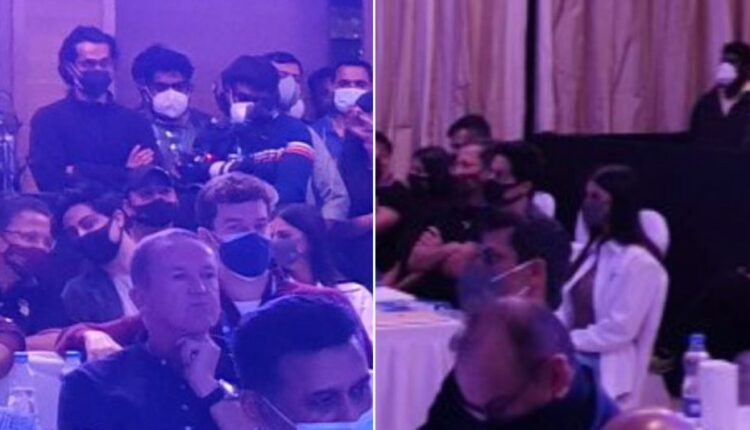 Following in the footsteps of Bollywood actress and Punjab Kings owner Priety Zinta, it looks like Shah Rukh too is going to miss the auction.

Pictures of Aryan and Suhana have gone viral on social media. The Indian Premier League’s official Twitter handle shared pictures of the pre-auction briefing on social media that showed Aryan in conversation with a man while Suhana looked on.

Kolkata Knight Riders co-owner Juhi Chawla was also missing from the event but had her daughter Jhanvi Mehta fill in for her.

This was Aryan’s first public appearance since the sensational drugs case in October 2021 that saw him spend a month in jail before coming out on bail. Meanwhile, Suhana has returned to India after completing her higher studies in New York. According to reports, she might make her debut in Bollywood soon.

IPL 2022: 47 Australians in Mega Auction; check base price of each player, salary cap of each team